Virgil Abloh says the darndest, most illuminating things — enough in his young fashion career to fill a 160-page book titled “Abloh-isms,” out next March from Princeton University Press.

Trained as an architect, Abloh has a knack for upending fashion conventions and traditions, and has strong opinions on collaboration, hierarchies, Black influence and how design fits into the cultural context.

Edited by New York art collector and publisher Larry Warsh, the book maps out Abloh’s unique thinking in chapters devoted to his early years, his inspirations and influences, his creative methods, his impact and his singular point of view on streetwear, fashion and art.

Warsh assembles quotes from more than 50 interviews and lectures. Some are mere musings — “my career has been about learning, and communicating emotion through design” — while other declarations are breathtakingly incisive: “Ultimately, the consumer is more important than the gatekeeper; that’s why streetwear has become so popular, even in high fashion.”

Collectively, these declarations make it clear that Abloh — the founder of Off-White, men’s artistic director at Louis Vuitton and an accomplished DJ and art director — didn’t come out of the box as a cultural guru.

Indeed, one of Abloh’s key eureka moments came when he was studying engineering at the University of Wisconsin and humanities classes, including an introduction to art history. That started him “on this path of thinking about creativity in a much more cultural context — not designing for design’s sake, but connecting design to the rhythm of what’s happening in the world.”

Bride of the Times 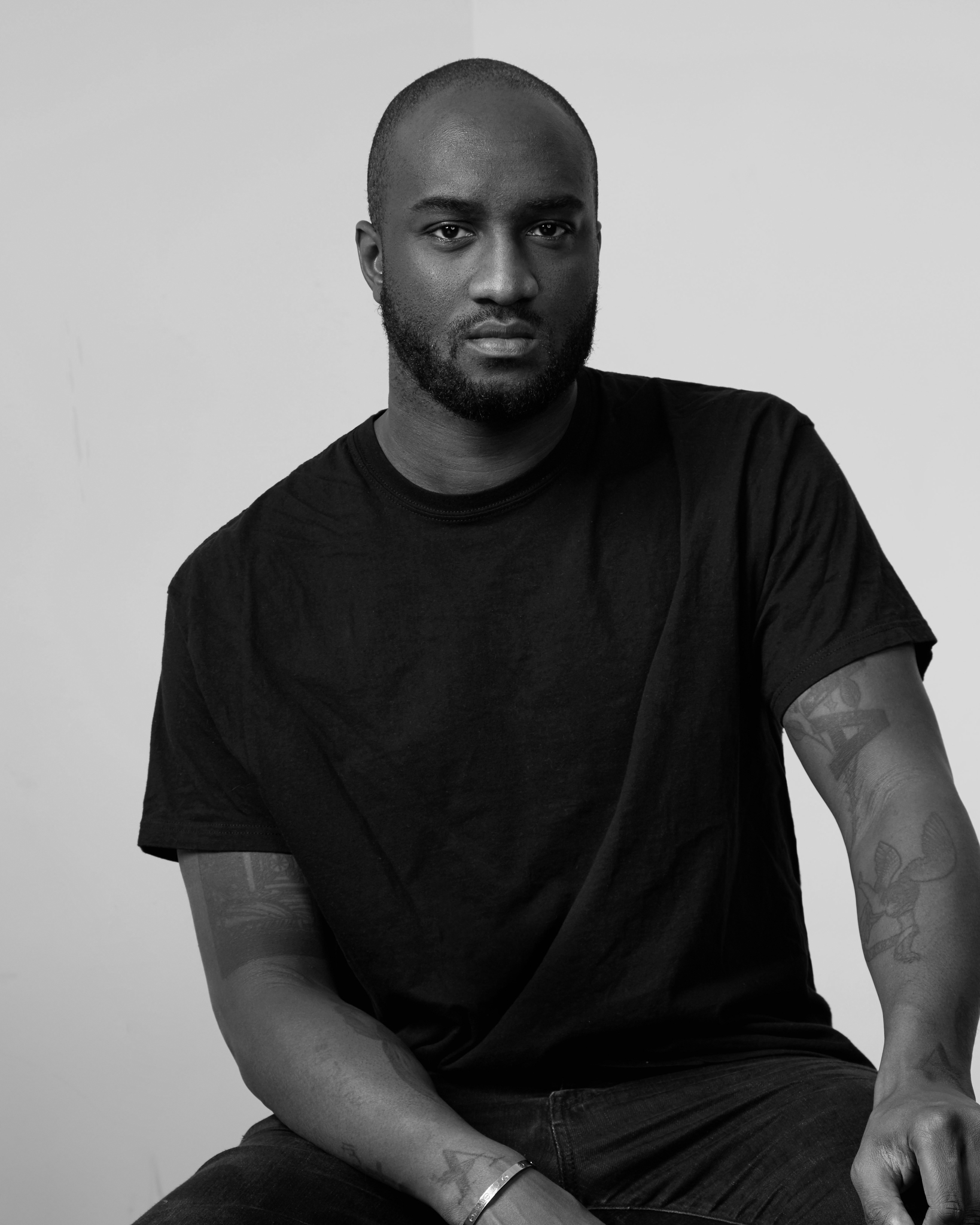 He calls Kanye West a “brother for life,” “this generation’s most important living artist,” and instrumental in his career. “I think he’s a generation’s mentor,” Abloh told Knotoryous. “Before I met him, I wasn’t even interested in being creative.”

While Warsh does not provide the context for the quotes he surfaces, they collectively rebuff much of the criticism lobbed at Abloh about his originality.

“Does fashion have to be new to be valid and relevant and important?” the designer asks. “Does your jacket have three armholes?”

He goes further, saying “that way of designing — developing everything from zero — comes from another time.”

“I can ready-make fashion better than fashion can be projected to me, and that was the epiphany: to make something in the system that has different ideals than the system, to influence change from a different direction.”

Some of Abloh’s declarations seem to cancel each other out, especially when he’s talking about streetwear, with which he is so closely associated. He roiled hype beasts last January when he told Complex that “streetwear is gonna die.”

But he seems to revel in this, declaring: “I’ve realized that being contradictory is more authentic than being consistent.”

At times, he can echo Karl Lagerfeld: “I don’t believe in titles; I only believe in work.”

But more often than not, he sounds like his 17-year-old self in Chicago, enthralled with fashion and luxury, but feeling it out of reach.

“I would go so far as to say that if Louis Vuitton bags weren’t as expensive as they are, I wouldn’t work as hard as I do now,” Abloh says.

In his introduction, Warsh calls Abloh both a disruptor and collaborator who leveraged social media and “opened the door of luxury to previously ignored, but interested communities — primarily the Black community and, well, kids.”

Princeton University Press also has quote tomes lined up for Futura, whom Abloh tapped to design prints for his spring 2020 Off-White collection, and Daniel Arsham, who collaborated with Abloh’s buddy Kim Jones on the set for the Dior Men show that same season.