Remember when? You probably don’t. 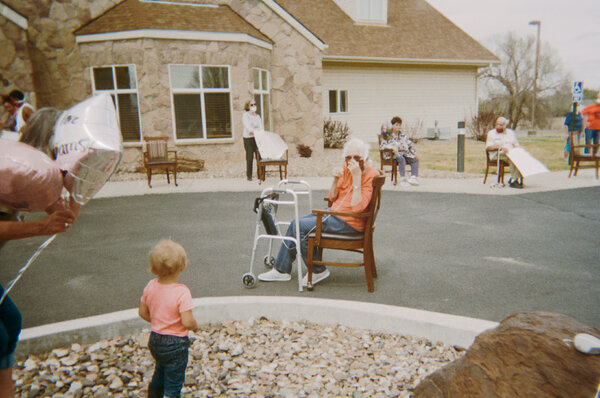 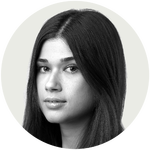 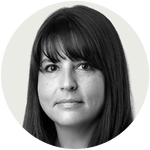 In January, Jay-Z talked about how he was using Roc Nation to harness the N.F.L.’s power to direct energy and money to social-justice initiatives like ending police brutality.

Andrea Rahal, a participant in the Miss Muslimah pageant, spoke about participating in an American rite without having to compromise her faith.

In February, a coterie of veterans, gamers, history buffs and gun enthusiasts gathered in California for an immersive military simulation event.

The End of Time

Usually, a photograph captures a moment in time and space. But this year, time and space were slippery and elastic. In the United States, things started off normally enough. January and February were sharply in focus: 2020 vision. But by March, time and space took on new implications and contexts. Time was counted in lockdown days; space, measured in increments of a safe six feet apart.

Soon the days oozed together, liquefied like a clock in a Dalí painting. The weirdness and the dread and the tragedy seeped into every aspect of daily life, and of course, the photographic record of it.

Suddenly, everywhere in the world, it wasn’t just about what was being photographed, but how. Subjects were masked. Photographers wore P.P.E. Images were taken at a distance — from down the hall, or through a glass window, or via the screen of a phone.

Before long, scenes that used to seem perfectly ordinary — a crowd of humans; hands touching a woman’s face; an intimate portrait in a bedroom — were newly burdened with the weighty subtext of a new reality. Just as once upon a time we may have clutched our pearls at the sight of an ankle, we’re now mildly scandalized by what was once very common social behavior. So close! Is that safe? That must be from The Before Times. Often it’s intertwined with a twinge of sadness. Remember when we used to drink cocktails together? In the same room? Anxiety and loss blanket everything, and the simplest actions are steeped in fear.

In May, on assignment for The New York Times, the photographer Elliot Ross sent disposable cameras to six residents of Evergreen Gardens, an assisted living facility in Colorado. One image, by 93-year-old Muriel Morgan, stands out.

In front of a stone building and sliver of driveway, a woman sits in a wooden chair, her face turned toward the camera. She has a walker in front of her, and she wears sunglasses and a cloth mask that covers her nose and mouth. Beyond her, there are more wooden chairs, at clearly measured distances. One stands empty. Two others are occupied with more masked people. In the foreground, as a bouquet of balloons enters the frame, a toddler looks on from at least six feet away.

The colors produced by the film infuse a vintage aura, brushing on a veneer of nostalgia. Another time warp, another melted clock. Yet it is very much an image taken in 2020 — of a very 2020 situation. Last December we may not have understood it. Why is the chair in the street? Why is everyone so far apart? Why the masks? Now it all makes sense. We’ve been trained to understand a new visual language.

Sometimes when something wild and unexpected happens, we joke about a tear in the space-time continuum. As if some kind of quantum sci-fi futuristic wormhole phenomenon is the only logical explanation. Looking back on photos taken during this disrupted year, as we slide into a new one, you will not see the tiny microbe that changed everything. You will not see the photographer’s protective equipment or the paranoia in the air. But you will see that we soldiered on. We kept going. The clock was melting, but it didn’t stop ticking.

‘It feels like being alternately treasured and ravaged, pulled and gently slapped and firmly pressed — like pizza dough that has dropped on a human skeleton and now must be rubbed into the skeleton to hide this mistake.’

The sex educator Betty Dodson was seeing her work take on new resonance during the pandemic even before the New York City health department advised “you are your safest sex partner” in a widely circulated memo.

She was one of the countless cultural figures who died in 2020. Read more here and here.

“Anarchy and a potential dental emergency — and not necessarily in that order.”

In April, Larry David talked to Maureen Dowd about his fears about the pandemic. Read more here.

The photographer Daniel Arnold documented New York City every day for first five months of the coronavirus outbreak, creating a timeline of a historic half-year.

“My boss called me yesterday. I work in a hotel as a housekeeper and it’s very dangerous for me. When I’m working, I have to protect myself with gloves. I also wear a mask sometimes when I do a deep clean. When this is over, I want to continue, but I’m afraid. Because if they don’t find the cure, or some vaccination, you still have to continue protecting yourself. Especially since I travel every day on that train. Those trains are sometimes disgusting. Sometimes I’m tired after working seven hours but I try not to sit down. I need to protect myself.”

Emma Ayala, 57, spoke in May about working through the pandemic, from her home in the Jamaica neighborhood of Queens, N.Y. Read more here. 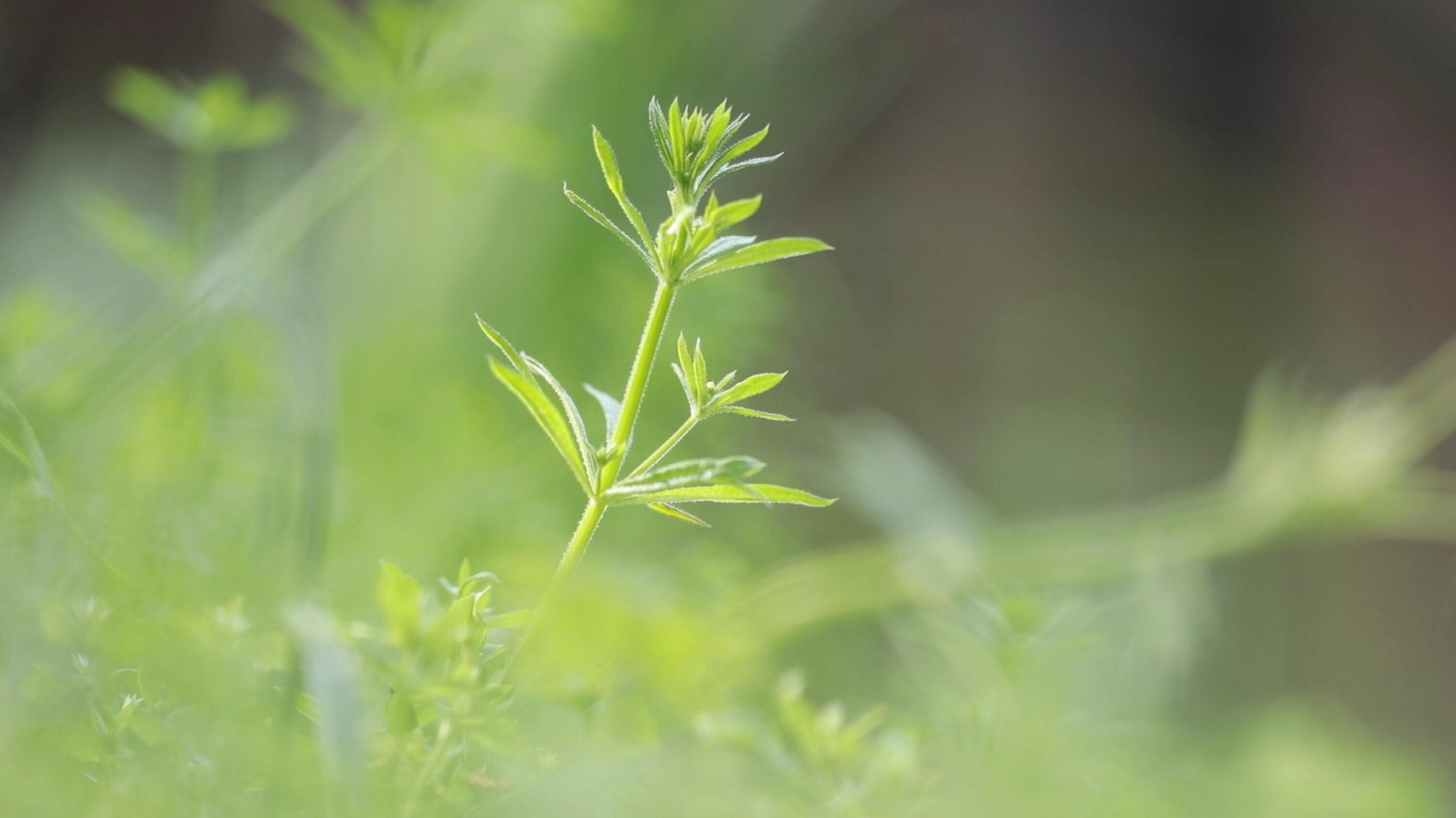 In the spring, Tara Brach and other mindfulness guides provided tips for an ecotherapeutic meditation in ten steps. Experience it here.

Elementary schoolteachers accessed Wi-Fi from the parking lot of their classrooms in Port Angeles, Wash.

Interactions with colleagues and friends changed greatly over the course of the year. Read more here.

Pamela Anderson isolated on Vancouver Island, became the face of a ‘cam site’ and agreed to a photo shoot through FaceTime.

Read more about her year here.

Weddings never went away. They just got a whole lot smaller.

Ilana Ozernoy and Nina Mouritzen were married on July 4 in Central Park in front of 12 guests (trimmed down from 70). Read more here.

Adraint Bereal, a recent graduate of the University of Texas at Austin, photographed several of his peers — including Jordan Walters, center — for a project called The Black Yearbook.

TikTok influencers continued to form collab houses — palatial dorms where the young stars live, work and hustle to expand their social media empires — throughout the pandemic.

“I’ve always been raised, by my mother, my nana, the wonderful strong women in my family, from this strong ancestry to understand that, whatever I was going to do, I had to do it 110 percent.”

At 50, the supermodel Naomi Campbell reflected on her legacy. Read more here.

“I have never spent this much time with myself; to become my own favorite companion is a new and strange thing for me.”

Stress-purchasing was taken to new heights as Americans bought all the toilet paper, baking yeast and even baby chicks.

Many months of working from home left corporate offices, including our own, eerily empty (save for the occasional critter).

At Crissy Field in San Francisco, while the city was under lockdown, kitesurfing became a kind of show for pent-up locals.

Owning a car in New York and the surrounding metro area used to be something of a rarity. But the pandemic turned public-transportation-wary city dwellers suddenly keen on having a way to get around on their own terms.

Long waits in line, once rare at luxury boutiques, open-air markets and hair salons, became a familiar rite of consumption this year as shoppers returned to physical storefronts.

Fletcher Greene, who runs the Hollywood Fix, used to photograph all sorts of celebrities. In March, the A-listers hid but many influencers stayed in plain sight.

The paparazzi talked about their changed reality in August. Read more here.

Christmas came extra-early on TikTok, as young people yearned for some coziness and cheer in this dreary year.

‘I pop 20 of them and just feel OK, but some of my friends do two and feel high, I don’t know why. It’s not high like a marijuana high. It’s a CBD high, like, relaxed.’

In September, Martha Stewart talked about her charmed quarantine, edibles and all. Read more here.

This September brought a New York Fashion Week like none before. Christian Siriano, for one, held his spring 2021 show at his home in Westport, Conn.

On the runways in Paris, designers like Rick Owens embraced the surreality of 2020.

Artificial intelligence “puts responsibility on all of us to be better humans, because you know, humanity, in 10,000 years, humanity might be long gone.”

In October, Claire Boucher, a.k.a. Grimes, was photographed over FaceTime on an iPhone and mused about artificial intelligence and the future. What will the next hundred years bring? Read more here.