THE MUM of a four-year-old girl who has a rare genetic disorder that can lead to brittle bones has revealed how she realised her daughter had an incurable disease.

Little Sophia Hajnorouzi was diagnosed with alkaptonuria when she was just 11-months-old. 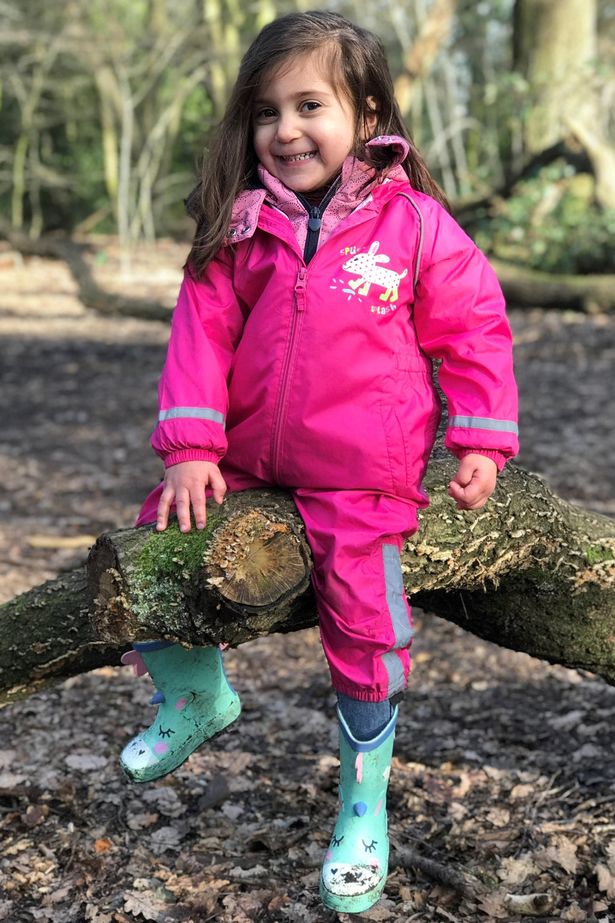 The condition also known as AKU or black bone disease, is extremely rare and stops the body from breaking down chemical homogentisic acid (HGA) which helps the body naturally digest food.

Sophia’s mum, Josie Hajnorouzi, 42, noticed Sophia’s urine would change colour if it got onto towels or her little one’s clothing.

Josie, who works as a freelance trainer in Islington, London, said the urine would stain her clothing dark brown or red.

She said: “I never noticed it in her nappies because those were changed frequently and wrapped up. It was when the urine was exposed to air.

“I Googled it and ‘black urine disease came up’. I took pictures and showed my GP. Sophia was eight months old at the time.”

Concerned for her daughter, Josie took Sophia to their local GP who prescribed her with antibiotics for a urine infection. 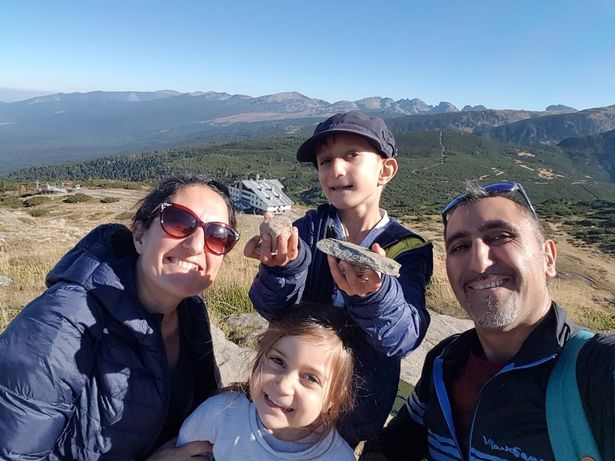 But soon after that, Sophia developed a rash.

It was then that an out of hours GP mentioned alkaptonuria.

In order for Sophia to receive a diagnosis, she would have to have a specific urine test which would spot the disorder.

It took two months for the results to come back and the family had been about to depart on a trip to Australia.

On receiving the news, Josie said the family then went to Whittington Hospital twice to see the paediatrician and for further tests.

She added: “It was a nightmare, a massive shock. I was in tears, beside myself, to think that her life might not be as easy as I thought it might be.

“There was a lot of worry, a lot of things to process and it took a few months to digest the news.”

Alkaptonuria is a rare condition and is also known as AKU or black bone disease.

This is a chemical the body produces when it digests food.

HGA then builds up over time and can cause brittle bones, black bones and cartilage and early onset osteoarthritis.

It can also lead to other serious health complication.

What should parents look out for?

The earliest sign of the condition is dark-stained nappies.

This is due to the fact that HGA causes urine to turn black when exposed to air.

If unnoticed in childhood the condition might go undiagnosed until adulthood.

In June 2017 Sophia was seen by Dr Stephanie Grunewald, a consultant metabolic paediatrician at Great Ormond Street Hospital and the Alkaptonuria was confirmed.

Sophia now has to go for follow up appointments every five years.

The disorder is usually discovered during adulthood and both parents of a child have to test positive for the faulty gene to be passed on.

After tests, both of Sophia’s parents tested positive. Luckily their son Zane, six, is not affected.

Josie is now working with charity Jeans for Genes in order to raise funds for The Alkaptonuria (AKU) Society’s study into the condition. 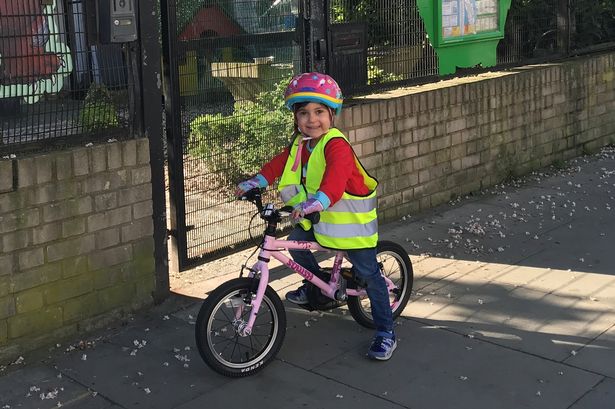 The proposed study will help to identify at what age damage starts to occur with the condition.

It is hoped that this will prevent devastating effects of the condition.

Josie said Sophia’s diagnoses made her feel “quite vulnerable”.

She said: “You realise there is nothing you can do. It feels like there is all this stuff going on in the background and you feel quite vulnerable. You can keep them as healthy as possible, with a good diet and exercise, but that is it.

“You know there might be a future where there is a problem. It can affect heart valves, blacken cartilage, and bring on early onset osteoarthritis as all that time the acid remains in the body. You cope by focusing on the here and now.”

At present there is no treatment for alkaptonuria.

Josie said the hardest part for Sophia will come when she’s older.

“We know we have so many years to go and medical research can make a massive difference. I hope Sophia will get a place on a research group. I hope her life won’t be badly affected. I hope the research is what we have got to look forward to.

“The hardest part is going to come when she is 18. She will be an adult and we hope by then we have got to the point where she can make good decisions. If I didn’t have the AKU Society and their support, I would feel so isolated.”

The family have been making the most of the coronavirus lockdown and Sophia has been learning to ride her bike.

Josie said she is turning into a strong-willed and capable girl who “climbs with no fear in the garden”.