Lorde stuns in minimal makeup and a gold Schiaparelli floral breastplate for the October issue of ‘Vogue.’ See photos from the ethereal spread.

Lorde is in bloom for the October issue of Vogue. The New Zealand singer, real name Ella Yelich-O’Connor, 24, graces the cover of the fashion magazine in nothing but minimal makeup and a grandiose floral gold breastplate from Schiaparelli Haute Couture. Large sculpted flowers obscure the “Solar Power” singer’s chest, while vines and leaves sculpt her body in the stunning shoot by photographer Théo de Gueltzl. 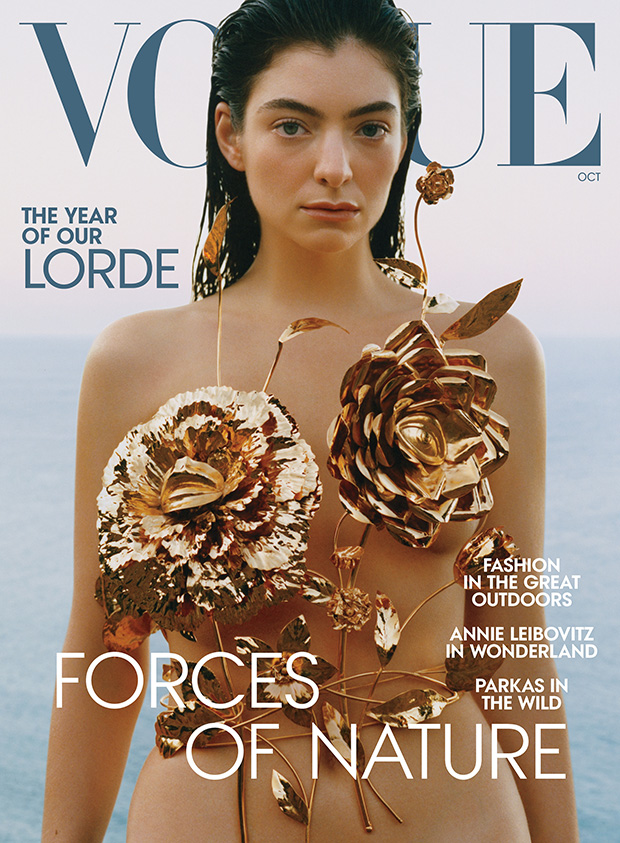 If Lorde’s Schiaparelli piece evokes another major fashion moment this year, it should. Model Bella Hadid wore a striking gold breastplate in the shape of a lung from Schiaparelli while at the Cannes Film Festival in France in July. The model paired the show-stopping piece with an elegant plunging black gown. Elsewhere in Lorde’s shoot, she dons a white Alexander McQueen dress with leaf patterns in the water and a sparkly grey Balenciaga tank slip gown by the rocks. 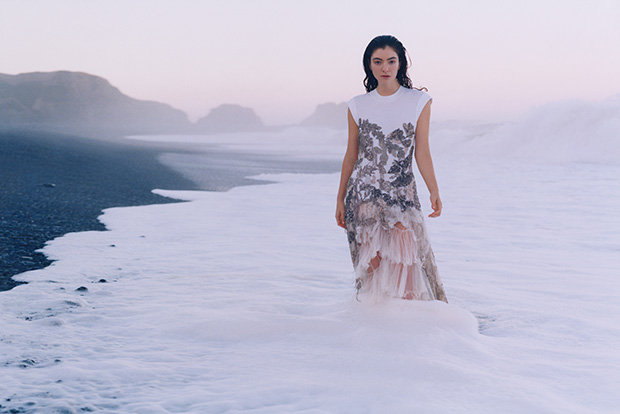 In the accompanying interview published on Wednesday, the Grammy Award winner discussed her newest third studio album Solar Power, out since August 20, and all things pop stardom, revealing that she doesn’t feel “built for pop star life.” Lorde said,  “I’m great at my job, but I’m not sure I’m the man for the job.” 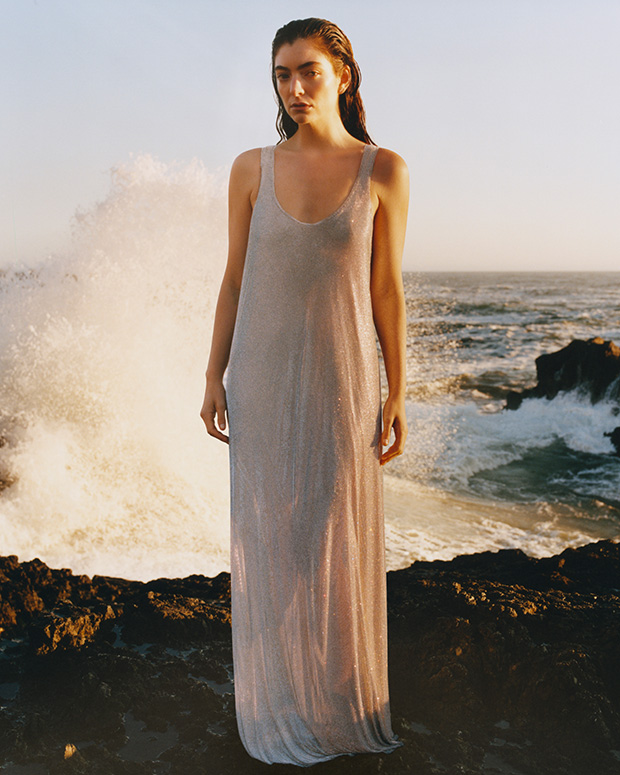 “I’m a highly sensitive person,” she continued. “I’m not built for pop star life. To have a public-facing existence is something I find really intense and is something I’m not good at. That natural charisma is not what I have. I have the brain in the jar.” This revelation could explain why the star abstains from social media. She reflected on taking a step back from the internet, calling it “too deep a tunnel” to navigate.

“It was actually a huge decision philosophically for me to step back from that,” she said. “It’s too deep a tunnel… I could sense that it would be very bad for the work and for me if I stayed online. I don’t think I’ve met too many people for whom social media is a net positive. It’s producing crazy chemicals, forming crazy neural pathways that are not rooted in positivity. But I think we’ve got to be upfront about the things that are making us sick as a society.”