SLEEPING up to 15 hours-a-day, feeling too exhausted to eat and covered in painful rashes, fibromyalgia has left Emma Gregory feeling like an “old woman” at just 31 years old.

The former personal trainer, from Merseyside, now faces an added battle with people who don’t believe she’s ill, because she’s “too pretty” to be sick. 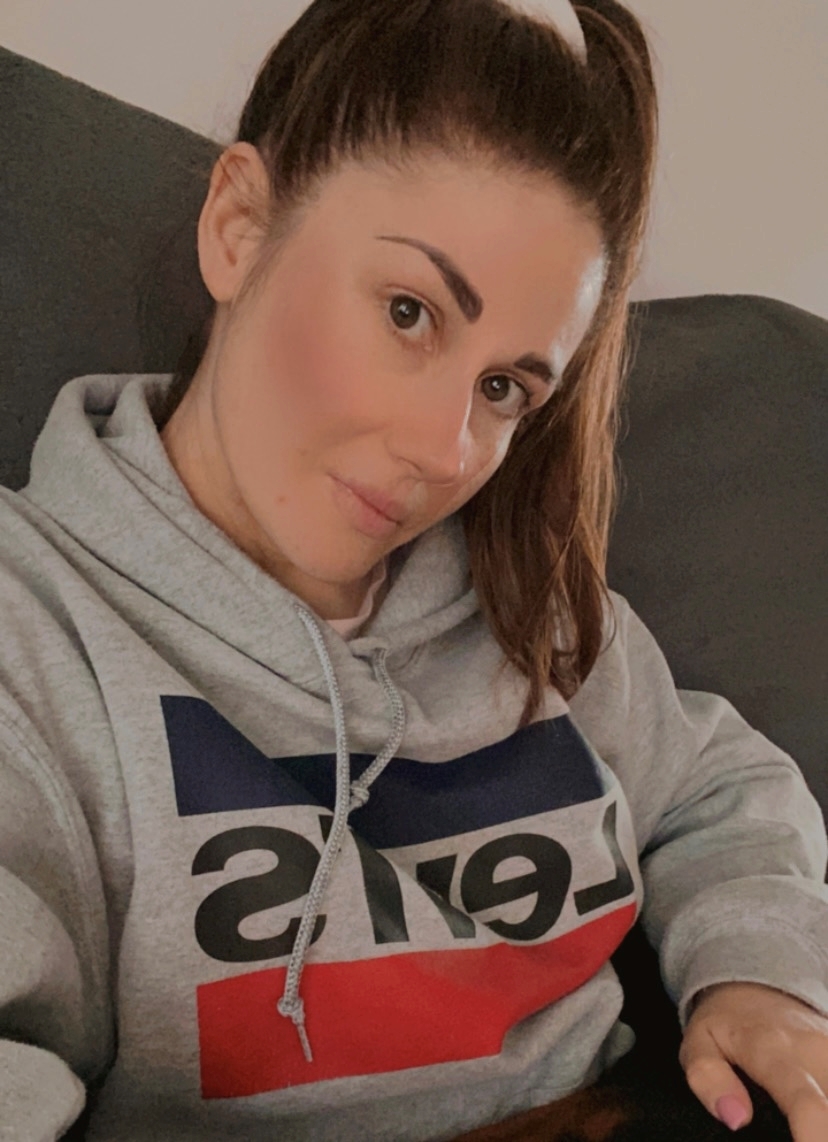 Fibromyalgia is a long-term condition which causes pain all over the body.

Symptoms include pain, stiffness, problems with sleep and headaches – but there is no cure and the cause is unknown.

Speaking to Fabulous, Emma, who was diagnosed with the condition in 2019, opens up about her painful experience…

Two years ago, life was completely different to how it is now. I was a full-time personal trainer, working out at least once a day and working in a gym. I’d eat up to 2,500 calories a day to fuel my workouts, and felt fit, strong and healthy. 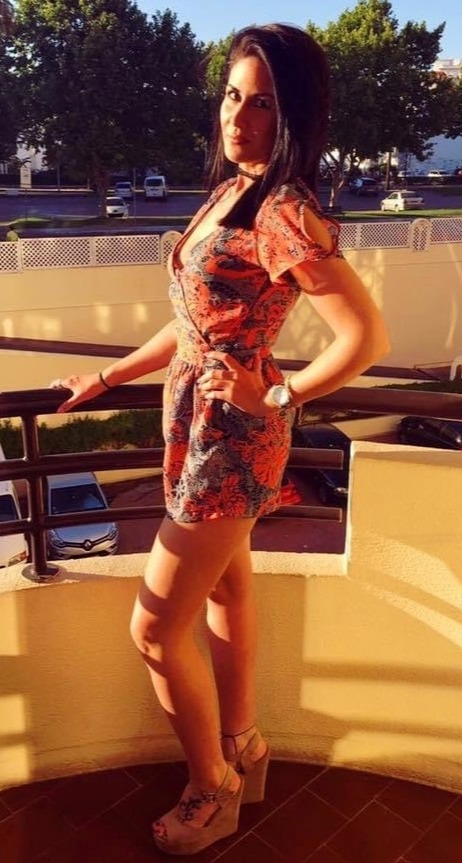 Now, I’m trapped at home, sleeping for up to 15 hours-a-day and struggling to find the energy to even eat. Even a gentle yoga session is often too tiring. That’s what fibromyalgia has done to me.

Two summers ago, I started to notice I was feeling completely exhausted for days after a gym session and had really swollen muscles.

I tried to ignore my increasing fatigue as I assumed it was just me getting a bit older, as I was approaching my 30s.

But then it started getting worse and worse. I began to feel completely exhausted and drained almost all day to the point I wasn’t able to complete basic tasks like changing the bedding, let alone go to the gym.

According to the NHS, fibromyalgia is a long-term condition that causes pain all over the body.

As well as widespread pain, people with fibromyalgia may also have:

When I went to the doctors, they initially thought it could be Multiple Sclerosis.

During my journey towards an actual diagnosis, I was taking packets of paracetamol and ibuprofen a week to try and control the pain.

After a round of tests, I was relieved to discover it wasn’t MS. But instead, I was diagnosed with Fibromyalgia, last February, just before the pandemic began.

Honestly, I have no idea why I developed it then. The condition can be triggered by a traumatic experience – I’ve experienced relationship breakdowns and the death of close family member, but that was all in the past. 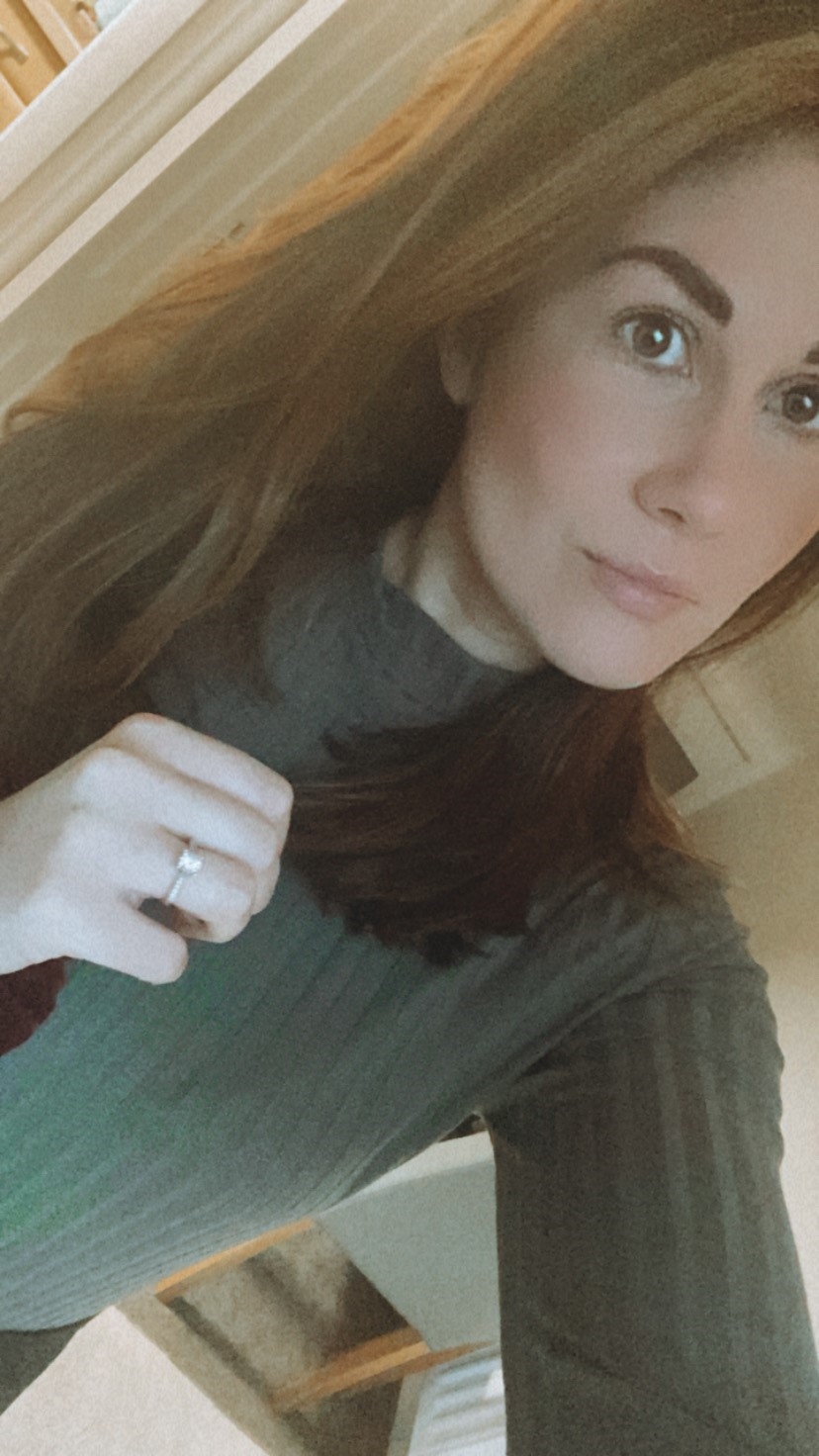 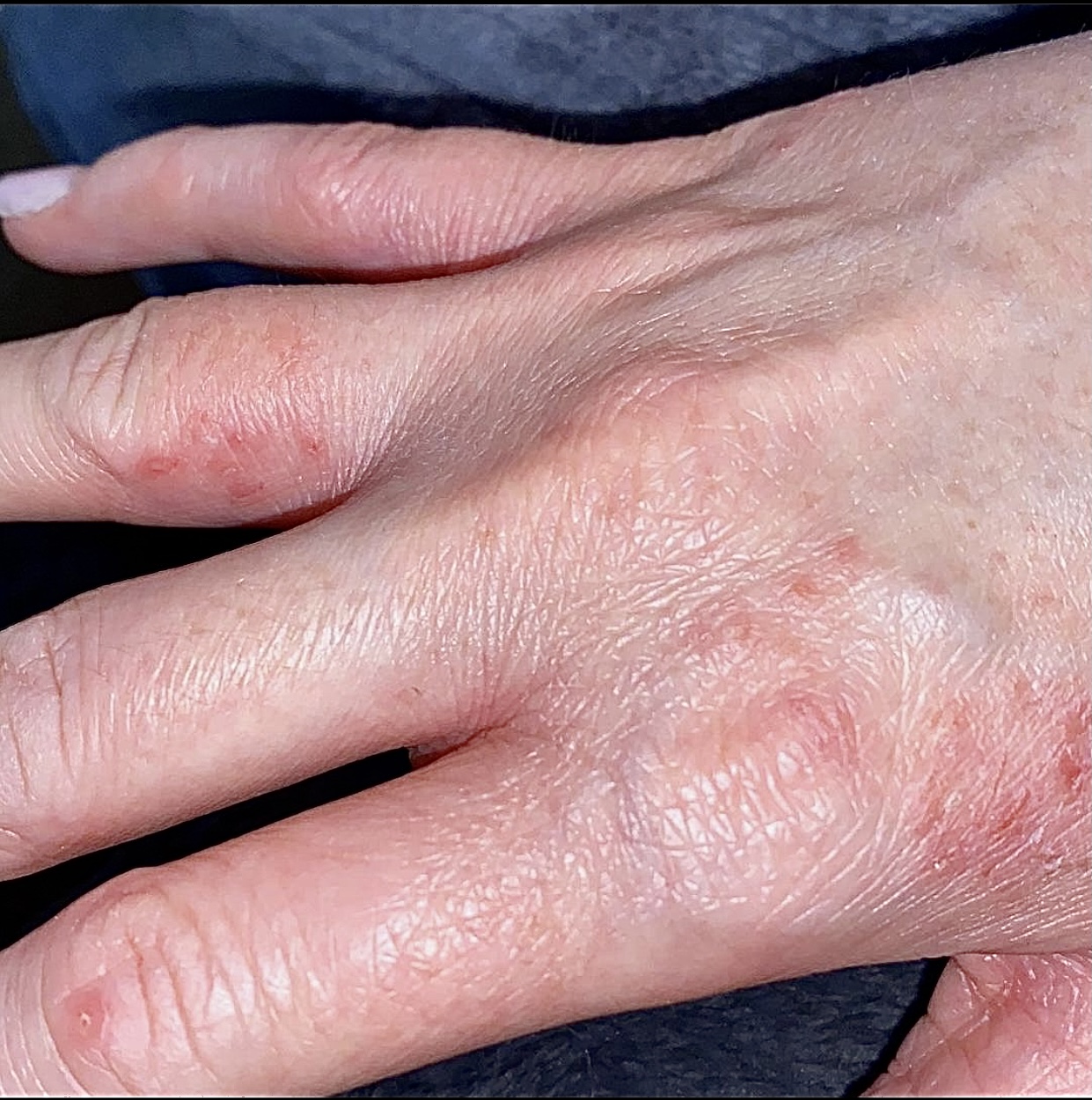 I was happy in my job, and living with my partner, 31. I hardly knew anything about the condition myself – no one in my family had it, but I always seemed to be the one that was ill.

Eventually I was prescribed Pregabalin, which is a medication for nerve pain.

I’ve been taking it for a year now but apart from briefly improving things initially, my symptoms have got worse.

Over the last six months I had been experiencing more pain and fatigue and the swelling in my joints started.

I had my worst pain flare-up just before Christmas. I was feeling really tired and drained, and I couldn’t think straight. 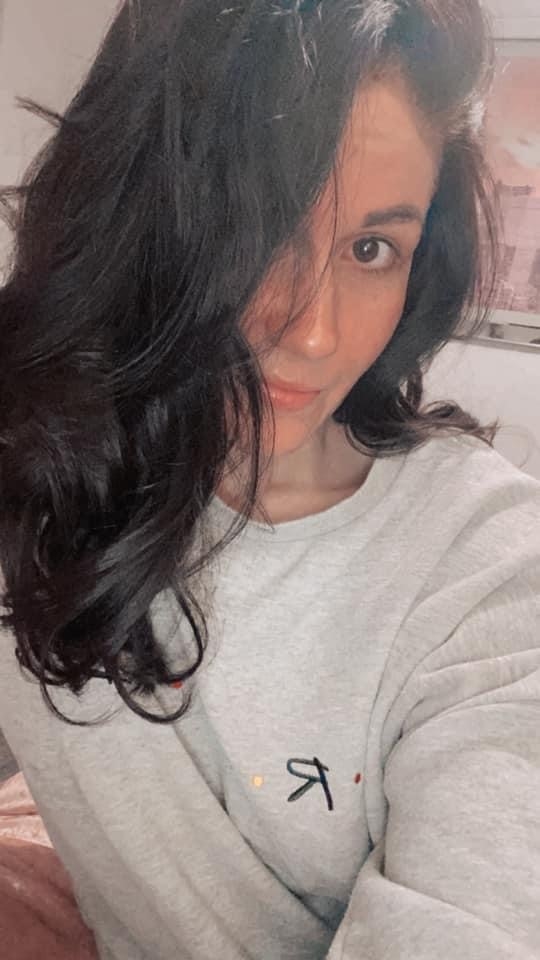 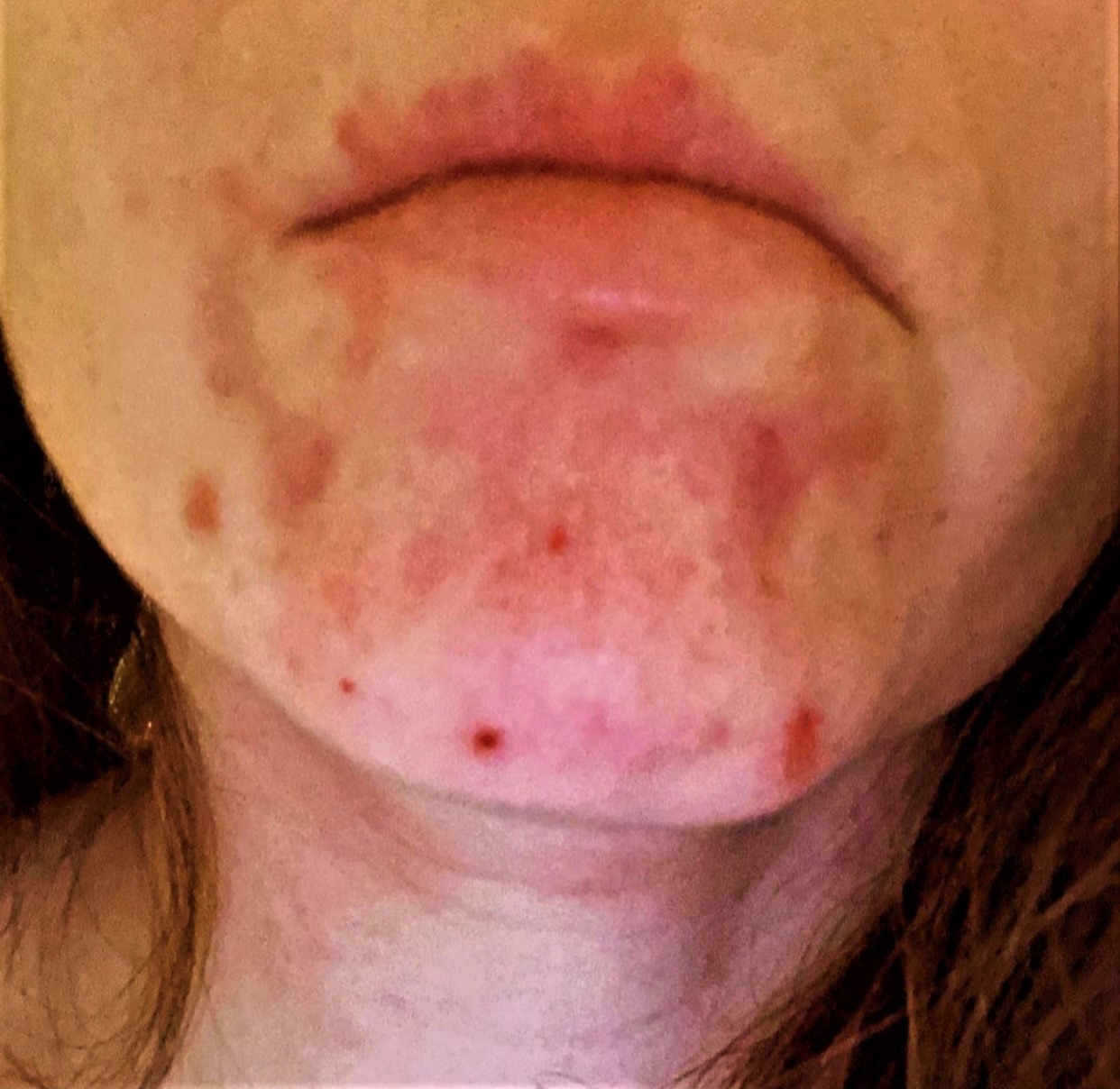 I kept going dizzy and I didn’t know what I was doing day to day. I was so forgetful and disorientated. I would sit down to turn the TV on and then couldn’t remember how to work the remote.

All my joints hurt and began to swell up in several places, especially my ankles.

Plus, when I’m having a pain flare-up I get rashes on my face, my hands and on my legs.

The skin goes very red and blotchy and then it gets dry and cracks. The rashes really destroy my confidence as they are very visible and really uncomfortable.

I’d already had to give up my job as a PT to become an office administrator, and then that came to an end too in March 2021. 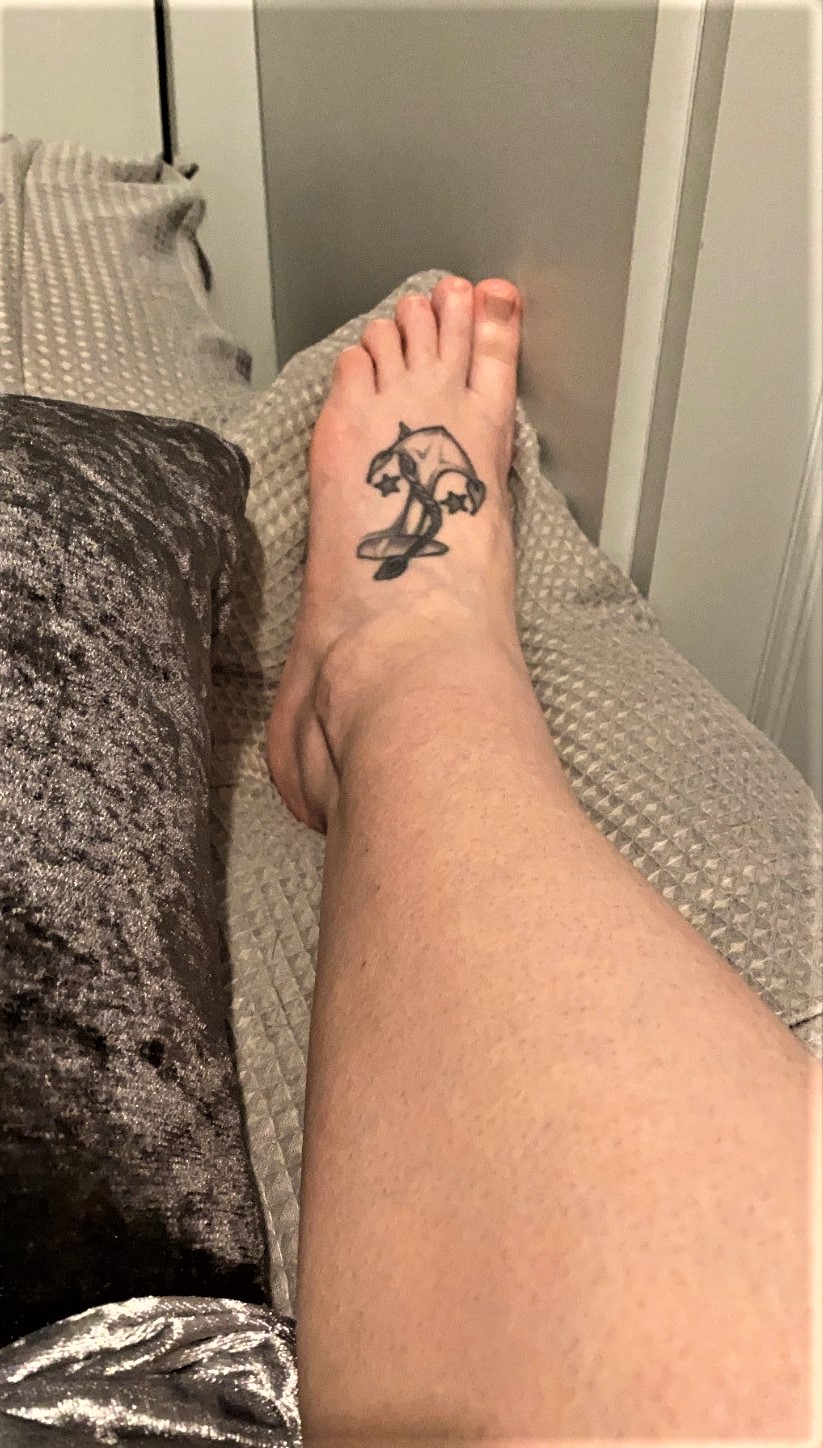 I found driving to work really painful as my feet hurt if I’m in the same position too long, and had to take lots of sick leave, which is hard when you’re trying to get on.

The problem is, aside from the rashes, fibromyalgia is an invisible illness. People don’t believe you are ill because there are no obvious physical symptoms to the outside world.

At work it’s like you’re a hindrance, they just think, “Oh crack on”. They don’t understand when I say my legs are hurting.

I’ve been told I’m too pretty to be ill and I’m in the ‘prime of my life’. People say things like, ‘How can you feel so ill and look like you do?’

Just because I’ve been able to put make-up on, doesn’t mean I’m not in pain. 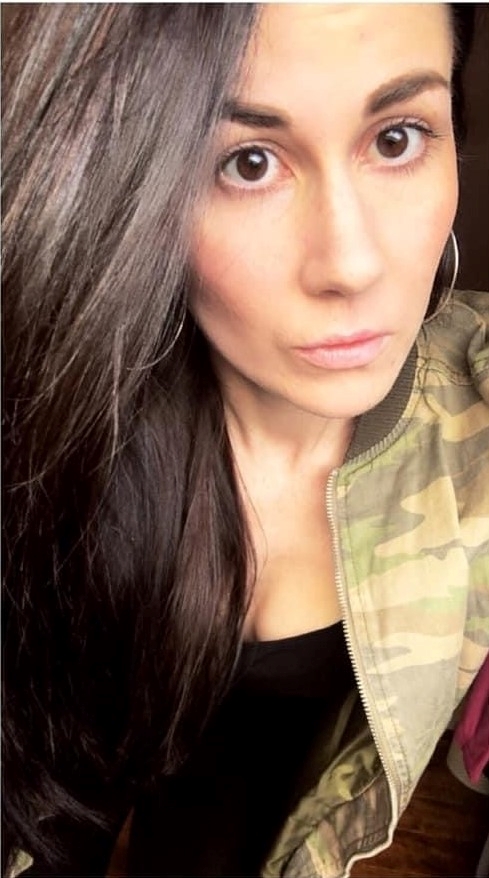 I just want people to let me have something – I’m too ill to go on family walks, bike rides or socialise, at least let me wear some make-up to make myself feel better.

People don’t understand that inside I feel like an old woman and under my clothes my joints are swollen and throbbing, and my skin is itchy and cracking.

Just because I’m slim with a suntan, people don’t realise I’m in pain, living with brain fog which makes it impossible to think straight.

Sometimes I feel like screaming, I’m slim not because I work out or I’m on some fancy diet, but because half the time I feel too sick to eat or too tired to prepare a decent meal.

No-one dares tell me they don’t believe me that I am ill, but you can tell from their expressions sometimes, they think I’m making it all up. 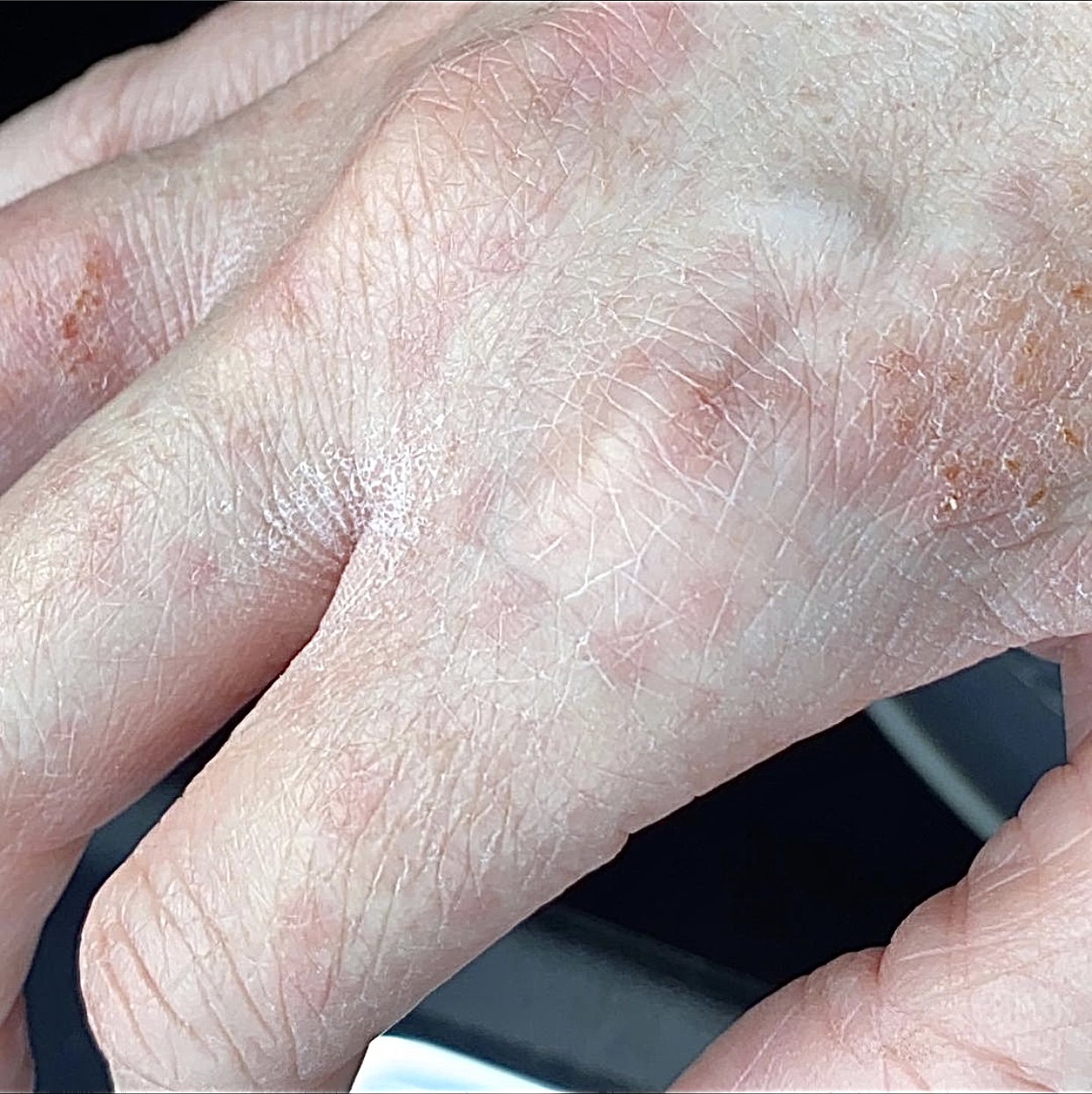 I hear people complaining about lockdown and saying how it’s doing their head in, but for me lockdown is not that different from normal life with this illness.

Mentally that can make me feel very isolated, that no-one really understands what I’m going through and that sometimes makes me feel very down.

I’ll admit I have had a few moments when I feel I just can’t carry on like this anymore. But my immediate family, boyfriend and close friends have been really supportive and have read up about the condition so they can support me better.

In fact, it was my mum who read in The Sun about a cream called Celafen, which is made up of fatty acids, and suggested I try it to see if it can ease the pain in my muscles and joints. 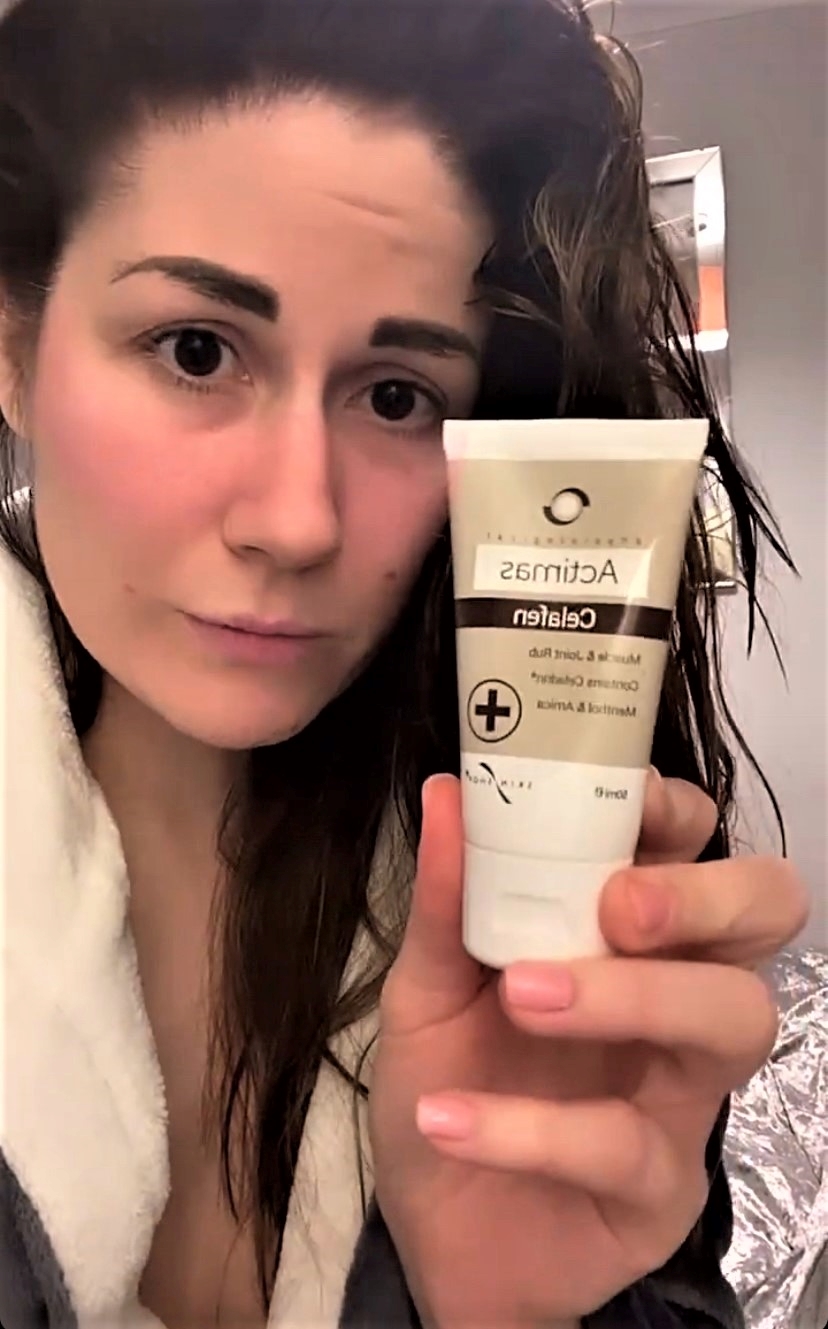 When I used it for the first time I felt it instantly go into my muscles and the pain began to ease within 20 minutes and stayed away for most of the night.

I’d had severe ankle and foot pain for two weeks and it immediately eased the swelling.

In the first 12 hours I applied the cream a few times, and after 24 hours I could actually walk upstairs without a huge struggle and get my swollen feet into my shoes.

It’s helped me reduce my painkiller use by about 50 per cent. Plus, I’ve looked into diet and found out that gluten can make symptoms worse.

At one point, doctors thought I had IBS as I was having so many tummy troubles, but it could be that there is a link between gluten intolerance and fibromyalgia.

There’s no cure for fibromyalgia, but at least the cream and my diet are really helping to ease my symptoms.

I’ve found a new job merchandising which I can do from home and that’s really boosted my mood.

Before that I was really at my lowest, at home with nothing to do.

I’m not the kind of person to want to go on PIP (benefit support for people with disabilities & long-term illnesses) – I like to work and keep busy. It gives me a routine and takes my mind off the fact I’m sitting in the house.

Some days are better than others, and I try to enjoy life when I can.

I’m hoping to have kids one day, although part of me is worried that it will be so tiring being pregnant.

But I try to stay positive, and I’ll always be proactive in trying to find things that will make my condition better and more bearable – and I share my tips on my Instagram page, so I can help others going through the same thing.

Where to get support

The NHS lists numerous organisation which can help sufferers.

Fibromyalgia Action UK is a charity that offers information and support to people with fibromyalgia.

The charity also has a network of local support groups you may find helpful and an online community, where you can find out about news, events and ongoing research into the condition.

Meanwhile, this fibromyalgia sufferer who needed morphine for pain leaving her barely able to walk claims £9.95 cream eased her symptoms.

Plus this the test for fibromyalgia you can do at home to spot tell-tale signs – as Page 3 model Jo Guest shares agonising battle.

And this woman was trolled for having fibromyalgia – people call her an attention-seeker & even her friends reckon she's making it up.