Perhaps no film better illustrates the role of the mink coat in American pop culture than “BUtterfield 8,” the 1960 film starring Elizabeth Taylor as a promiscuous socialite whose theft of a fur sets off a chain of events that leads to her tragic demise.

At the time a mink coat was the height of luxury and elegance. The decades-long Blackglama “What Becomes a Legend Most?” campaign, which advertised coats made from lustrous black American minks from the Great Lakes region, featured a who’s who of actresses and divas, including Bette Davis, Judy Garland and Barbra Streisand in 1968, and Janet Jackson in 2010 and 2011. During its peak, in the early 1980s, a mink coat typically cost $8,000 to $50,000 but could go above $400,000 for all-belly black Russian mink.

In Denmark in late November, some of the bloated bodies of the millions of mink culled on government orders earlier that month because of fears of a potentially vaccine-resistant Covid mutation, rose out of the ground like zombies. As a result of the cull, the world’s largest fur auction house, Kopenhagen Fur, announced it would close.

Macy’s and Bloomingdale’s are currently selling off the last of their coats so they can close their fur salons. A year ago, California passed a ban on the sale of new fur products, effective in 2023. Many luxury brands, including Burberry, Chanel, Coach, Giorgio Armani, Ralph Lauren and Versace, have banned fur.

The Row’s $23,900 shaved mink coat, currently available at Bergdorf Goodman, is a remainder from several seasons ago, according to a representative of the brand. And the fur trade is banned in Britain, Belgium, Germany and Ireland. The Netherlands is scheduled to shut down its fur farms by 2024, and France by 2025. 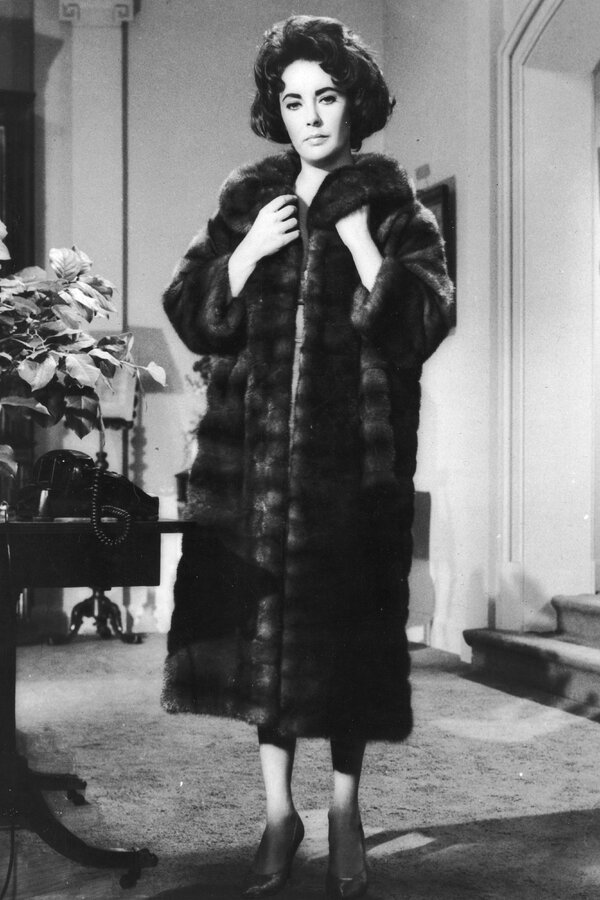 Even for those who still love fur, the mink coat has lost its appeal. “Years back a classic mink coat was timeless,” said Nicholas Sekas, a New York furrier whose father founded Sekas International in 1961, specializing in mink. “The husband and wife would come over and the husband would buy a mink coat. Now, women come in, and they know what they want to buy. It’s not even a coat, it’s a jacket or vest.” Today mink makes up only half of his business.

The beginning of the mink coat’s decline can be traced back to the 1987 stock market crash, which took many prominent furriers down with it. Like many of its competitors, Sekas International was forced to diversify into other furs to survive. As famous furriers like Ben Kahn retired, nobody was willing or able to take over and bring back the glory days.

Still, when Laura Coffey, a wholesale fur buyer, started work in the mid-1990s at the San Antonio location of the high-end Texas department store Julian Gold, she remembers that mink jackets, strollers (knee-length coats) and full-length coats made up at least 90 percent of the fur salon’s wares. Farmed mink, durable and abundant, with a range of natural colors from silvery white to brown-black, was seen as an investment piece and a wardrobe staple for those with the means.

“When China got into the market, that changed everything,” Ms. Coffey said. Chinese mink, an industry that grew rapidly in the ’90s, according to reports by the United States Department of Agriculture and ACTAsia, an international animal-rights organization, was lower quality but more affordable.

“Those big swing coats that were glamorous and gorgeous went away,” Ms. Coffey said wistfully. “Things started becoming smaller, more of an accessory than a moment. If you told me you wanted a full-length mink coat, I would have to scramble to find one.” Recently Julian Gold’s seasonal fur salon hosted a popular shopping event for furry mink Birkenstocks.

And 2020 has brought a new set of challenges for the mink coat, both environmental and cultural.

Unlike rabbit or leather, mink fur is not a byproduct of food production, nor does it support an indigenous economy. Minks are also carnivores, so their feed carries a heavy environmental footprint, according to a life cycle analysis commissioned by two European animal rights groups.

At the same time, according to a life cycle analysis commissioned by the International Fur Trade Federation, a natural mink fur coat has a lower impact than a faux fur coat measured over time, assuming a mink fur coat will be used and worn for 30 years and is often recycled into new fashion, while a faux fur coat’s life is more like six years before it is thrown into the landfill.

Now, with millions out of work, the public has turned against extravagant displays of wealth.

“While there are still parts of the world and segments of the population who buy fur and mink coats, consumers, especially younger consumers, are increasingly demanding fur-free clothing,” said Sarah Willersdorf, the global head of luxury at Boston Consulting Group. She pointed to BCG’s True Luxury survey, which reported that animal welfare is the most important ethical or environmental consideration for consumers, with half considering it a minimum criteria when buying a product.

And those unwilling to give up completely on their family heirlooms are looking for something less in-your-face opulent.

“Younger people want something a little more fun or practical,” Mr. Sekas said, noting that the restyling department at Sekas International has been kept busy this year with younger clients cleaning out their closets and having grandma’s old coat turned into throw pillows and blankets. Recently a client turned her aunt’s coat into six teddy bears for her nieces.

Mr. Sekas said that he also gets requests for hooded jackets and zip-out trench liners, even though fur restyling is not cheap. Alterations start at a few hundred dollars, and a complete remodel or conversion can take up to six weeks and cost a few thousand dollars.

In the new year John Rudikoff, a lawyer and fashion start-up consultant, is introducing a fur restyling business called Further, which will turn old fur coats into throw pillows and blankets.

In surveys of early clientele, he has found that people hold on to the fur coats they’ve inherited from family members, and though they rarely or never wear them, they’re conflicted about throwing them away. In part that’s because of sentimental value and in part, perhaps, because they belonged to a living creature.

The point being that, while the mink coat as a fashion staple may be over, mink itself is a different story.

In China, the biggest market for mink fur, mink farmers increased production after Denmark’s cull caused prices to spike. And Saga Furs, a Finnish auction house, held an auction this month of more than 800,000 pelts. Eighty percent sold, according to Saga, and prices were up significantly.

“People are wearing fur,” said Ms. Coffey, the wholesale fur buyer for Julian Gold. “You just don’t see it.” The fur salon, she said, does a swift business in reversible coats, with sheared mink on one side and taffeta on the other: a luxury product fit for the age of Instagram shaming.

“You walk the streets, and nobody knows you’re wearing fur,” she said.