Fay, a brand under the Tod’s Group umbrella, is giving a boost to its Fay Archive project.

While it became highly popular in Italy in the Nineties as an urban outerwear brand, the history of Fay dates back to the Sixties, when a Maine entrepreneur created a workwear jacket with four metal-plated hooks that was quickly adopted by fishermen and then by firemen. In 1986, Tod’s Group founders Diego and Andrea Della Valle acquired the brand and transformed that functional outerwear canvas piece, enriched with leather sleeve trims and a corduroy collar, into a high-end urban icon.

Two years ago, the Della Valle brothers and Lupi had the idea to create a special line inside the brand, called Fay Archive, celebrating the heritage of the fashion house reinterpreted with a contemporary twist in the use of materials and colors. For that project, they tapped vintage expert, fashion retailer and men’s street-style celebrity Squarzi.

“Especially in hard times, companies tend to look back to their origins, since when the storm falls on us, we need to have a lighthouse guiding us,” said Squarzi, highlighting that the spirit behind the Fay Archive project is appropriate to current times, when consumers are prioritizing timeless, high-quality items rather than trendy ones. 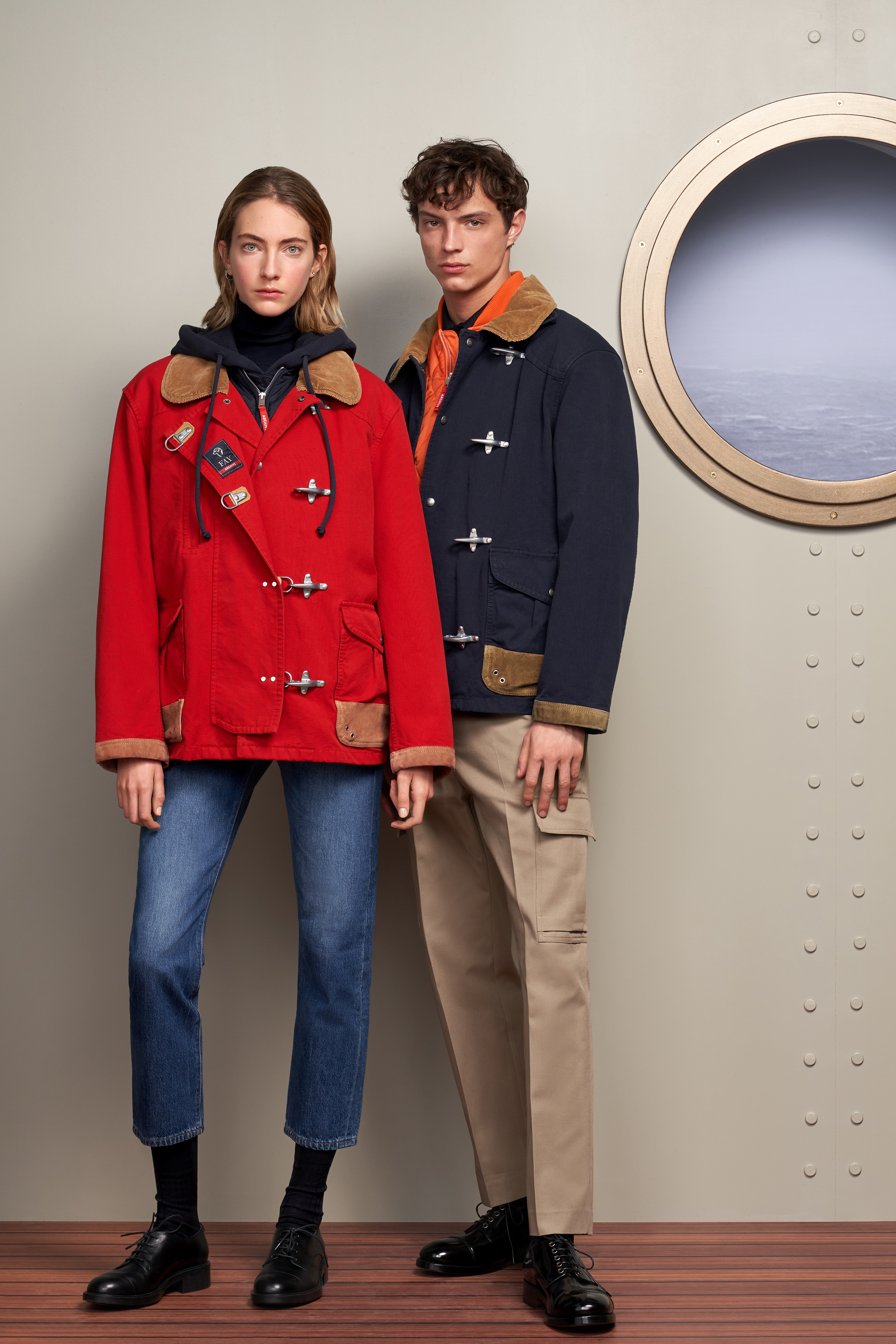 To boost the visibility of the line, which is distributed mainly in Italy and in some European countries, including Germany, Fay Archive has teamed with Italian photographer and reporter Davide Monteleone, who was also selected by National Geographic as a storyteller fellow, to film a series of short movies featuring real people wearing pieces from the Fay Archive collection during their outdoor work activities.

“We selected independent individuals who decided to dedicate themselves to manual work in close contact with nature,” explained Monteleone, who filmed a range of personalities in Russia and on Sweden’s Gotland island. The cast includes a Russian woodcutter who works to protect forests; a Swedish shipwright, and a young Gotland-based kipper producer.

According to Lupi, the Fay Archive line has the potential to expand its business in the U.S., France and the U.K, as well as in the Far East, with a focus on China. “We are receiving many pictures of Chinese young men who style our iconic four-hook jacket very differently from here,” Lupi said. “We are feeling great interest coming from international markets and also there is buzz around our hero product in the world of vintage, which is a great sign.”

Originally designed for men, the Fay Archive jackets have a genderless spirit, according to Squarzi. To highlight this, Lupi said that in the future more videos will be created engaging women.

In addition, to give more commercial visibility to the line, Squarzi anticipated that a customized corner in Fay’s Milan flagship will be dedicated to Fay Archive soon.