Elsa Peretti, the fashion model turned jewelry designer whose elegant, sculptural creations for Tiffany & Company revolutionized tastes in accessories and repositioned sterling silver as a luxury material, died on Thursday night at her home in Sant Martí Vell, a village in Catalonia, Spain. She was 80.

The death was confirmed by Kurt Moosmann, a board member of the Peretti family office in Zurich. He said she had died in her sleep but did not specify the cause.

After arriving in New York in the late 1960s, Ms. Peretti was an immediate hit as a runway model for designers like Halston, Issey Miyake and Giorgio di Sant’Angelo. One day she decided that she wanted to try her hand at designing a piece of jewelry, inspired by something she had seen at a flea market.

She took her idea — a tiny sterling silver bud vase to be worn as a pendant on a leather cord — to a silversmith in Spain and had it made. A model wore it in the next Sant’Angelo fashion show, people noticed, and Ms. Peretti’s design career took off. Tiffany, which hadn’t carried silver jewelry for a quarter of a century, signed her in 1974. 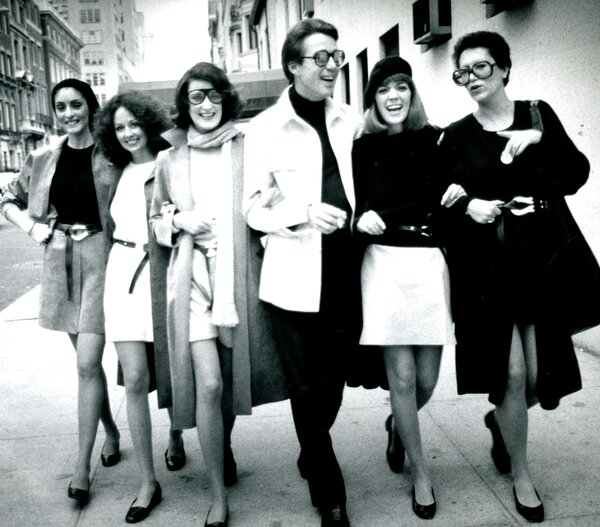 Ms. Peretti had a few other ideas. The absolutely minimalist Bottle pendant, her first design, was inspired by antique vases. The Open Heart pendant was tilted just off center; she sometimes said she had been inspired by the open spaces in Henry Moore’s sculptures, but in another interview, for The New York Times Magazine, she identified Alexander Calder’s work as the inspiration.

The Bone Cuff bracelet, often worn in pairs, was inspired by the human bones (of monks) she had seen inside a 17th-century church when she was growing up. Gal Gadot wore one in 18-karat gold in the film “Wonder Woman 1984.”

The Bean was deceptively simple, the sort of jewel women could wear every day; it looked like a lima bean but symbolized the beginning of life. And the Diamonds by the Yard collection began with a necklace of 12 small diamonds unevenly spaced along a 36-inch chain.

Stars like Liza Minnelli and Diana Ross wore Ms. Peretti’s pieces on the red carpet. The tennis champion Maria Sharapova wore Ms. Peretti’s earrings when she competed at Wimbledon one year. Sarah Jessica Parker, as the Manhattan fashionista Carrie Bradshaw, wore a Bone Cuff in the first “Sex and the City” film. Before and after Kate Middleton married Prince William, she wore Peretti, starting with a Pearls by the Yard bracelet.

Versions of Ms. Peretti’s jewelry were and are available at various price points. One Diamonds by the Yard necklace may sell for under $400, another for $75,000.

“You need to be able to go out on the street with your jewelry,” Ms. Peretti once told The Wall Street Journal. “Women can’t go around wearing $1 million.”

Elsa Peretti was born on May 1, 1940, in Florence, Italy, the youngest daughter of Ferdinando Peretti, who founded Anonima Petroli Italiana, a major oil company, and Maria Luisa (Pighini) Peretti. She attended schools in Italy and Switzerland, ultimately studying interior design and working for an architect in Milan.

She also taught languages wherever she went — even in Gstaad, the Swiss ski-resort town — after her conservative parents cut her off financially. (She and her father reconciled shortly before his death in 1977.)

People kept telling Ms. Peretti, who grew up to be 5 feet 9 inches, slim and striking, that she should model, so she gave it a try in Barcelona. Then, with the help of Wilhelmina Cooper, a former model who headed her own agency, Ms. Peretti moved to New York.

Her personal life always grabbed attention. When she first got to the city, she hid out in her hotel room for days because she had arrived with a black eye. Her boyfriend back home hadn’t wanted her to make the trip.

She soon became part of the glamorous crowd at Studio 54, the storied Manhattan disco that attracted celebrities like Andy Warhol, Bianca Jagger, Cher, Halston (then at the peak of his fame), and Donald and Ivana Trump.

One night, according to a 2014 Vanity Fair article, Ms. Peretti misunderstood when Steve Rubell, one of the club’s owners, addressed her as “honey pie.” When David Geffen, who was at their table that night, tried to explain that among Americans that was a term of affection, she ignored him, poured vodka on Halston’s shoes and smashed the bottle on the floor. Warhol wrote in his diary the next day, “It’s enough to make you want to stay home for the rest of your life.”

Ms. Peretti made no secret of her use of drugs, particularly cocaine, or her liberal alcohol intake. Mr. Rubell immediately welcomed her back, of course.

Perhaps the most famous photo of Ms. Peretti was not one from a modeling assignment but the 1975 morning-after shot by the celebrity photographer Helmut Newton, with whom she was romantically involved at the time. She stands on an apartment terrace, a cigarette dangling from her mouth, wearing a variation of the Playboy Bunny uniform — strapless, with long black gloves and a black mask.

If her night life affected her business productivity, it didn’t show. She branched out in terms of merchandise. There was a gold mesh bra, a line of ballpoint pens, silverware, ashtrays, even a sterling silver pizza cutter. But the jewelry was always her primary focus.

In a statement released on Friday, Tiffany’s credited her with “some of the most innovative jewelry and object designs in the world” and noted that she had “explored nature with the acumen of a scientist and the vision of a sculptor.” As Ms. Peretti herself once put it, “I love nature, but I try to change it a little bit, not copy it.”

In 2012, there was talk of Ms. Peretti’s leaving Tiffany (and taking her designs with her). But just as the year was ending, the designer and the retailer signed a new 20-year agreement, which included a one-time payment of more than $47 million. The numbers varied from year to year, but Peretti merchandise sometimes represented 10 percent or more of Tiffany’s sales.

Ms. Peretti’s designs are in several permanent collections, including those of the Metropolitan Museum of Art in New York, the British Museum in London and the Museum of Fine Arts in Boston. In addition to winning the Coty American Fashion Critics’ Award in 1971, she received prizes from the Rhode Island School of Design in 1981 and the Council of Fashion Designers of America in 1996.

She bought a house in Sant Martí Vell, a little more than an hour’s drive north of Barcelona, in 1968. The place was a wreck, largely abandoned, and she loved it. After restoring it, she went on to restore other parts of the village, including the church; help excavate the Roman ruins; and establish a winery. In the 1970s, she talked about turning it into a community for artisans, but it became her own private village.

Ms. Peretti never married or had children. She is survived by a sister, Mila Brachetti Peretti.

She often referred to herself as retired, but she may have had mixed feelings about that status.

“I always think people give me compliments for what I was, not for what I am now,” she observed in a 2016 interview with Town & Country magazine, conducted in a Rome penthouse that had once been her father’s. “People,” she said in the same interview, “are forgotten so fast.”