IT'S confession time animal lovers – what's the most outrageous thing you've ever purchased for your pet?

For us, it's got to be the catnip Christmas cracker we bought for our feline friend – and for dog lover Emma Allen, it's a specially-made toy replica of her beloved Staffordshire Bull Terrier Milly. 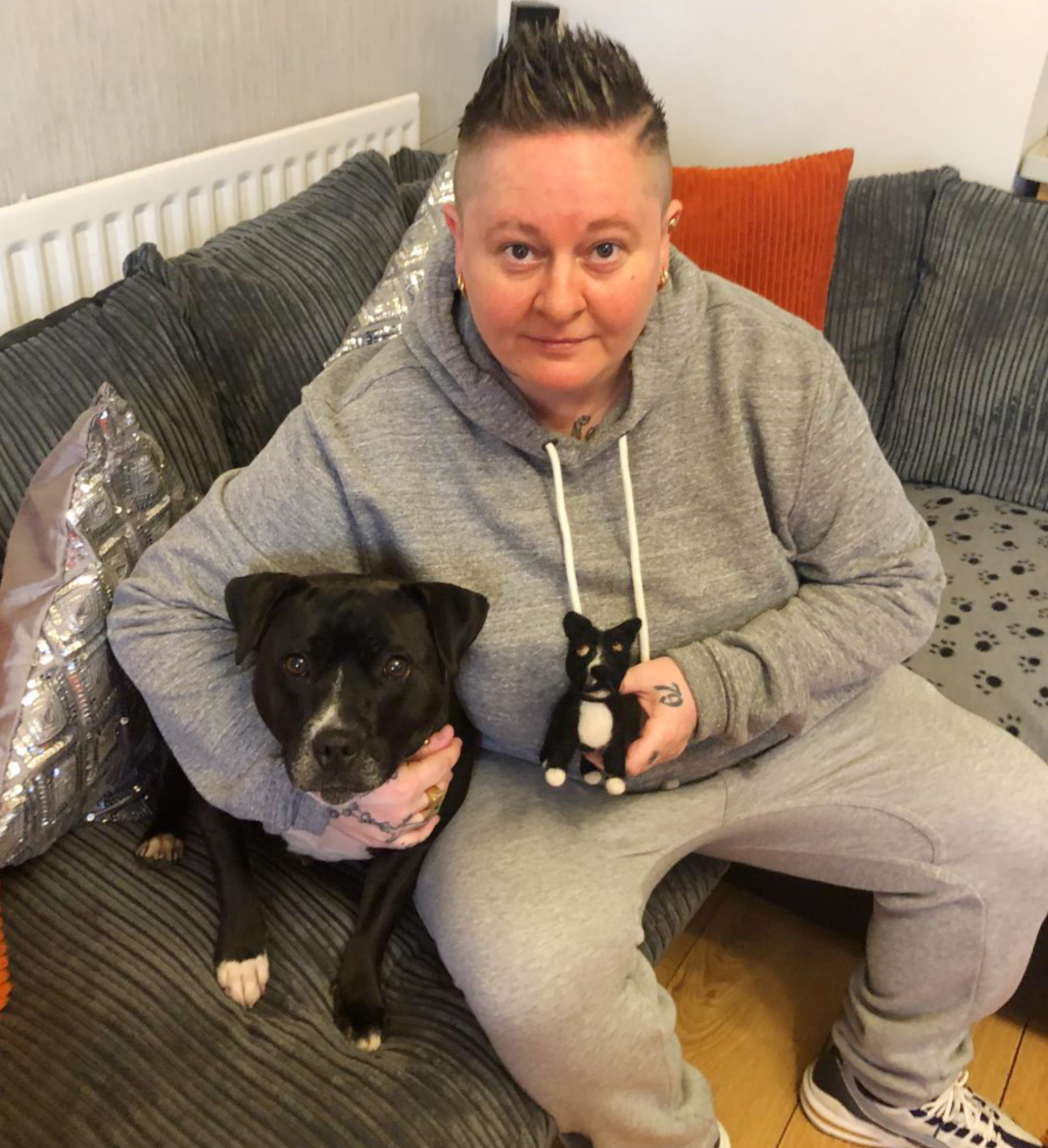 Earlier this month, Emma, 40, from Doncaster, spotted an advert for specially-made toys modelled on people's pets on Facebook – and sneakily made the £35 order while her partner Shirley wasn't looking.

Two weeks later, the Missy replica arrived on the couple's doorstep – but rather than resembling their beloved dog, the toy version had eyes bizarrely rolling back into its head.

Although Shirley urged her to return the toy for a refund, Emma didn't have the heart to complain to the Devon-based artist and instead posted pictures of Missy with her mini me on Facebook.

She added: "I then got a message from the woman asking if it was alright. I thought, 'I can't be nasty or horrible', so just said 'yes, thank you'.

"I just couldn't bring myself to tell her the truth, I felt sorry for her, I couldn't ask for a refund."

On the plus side, at least Missy's markings were on point. 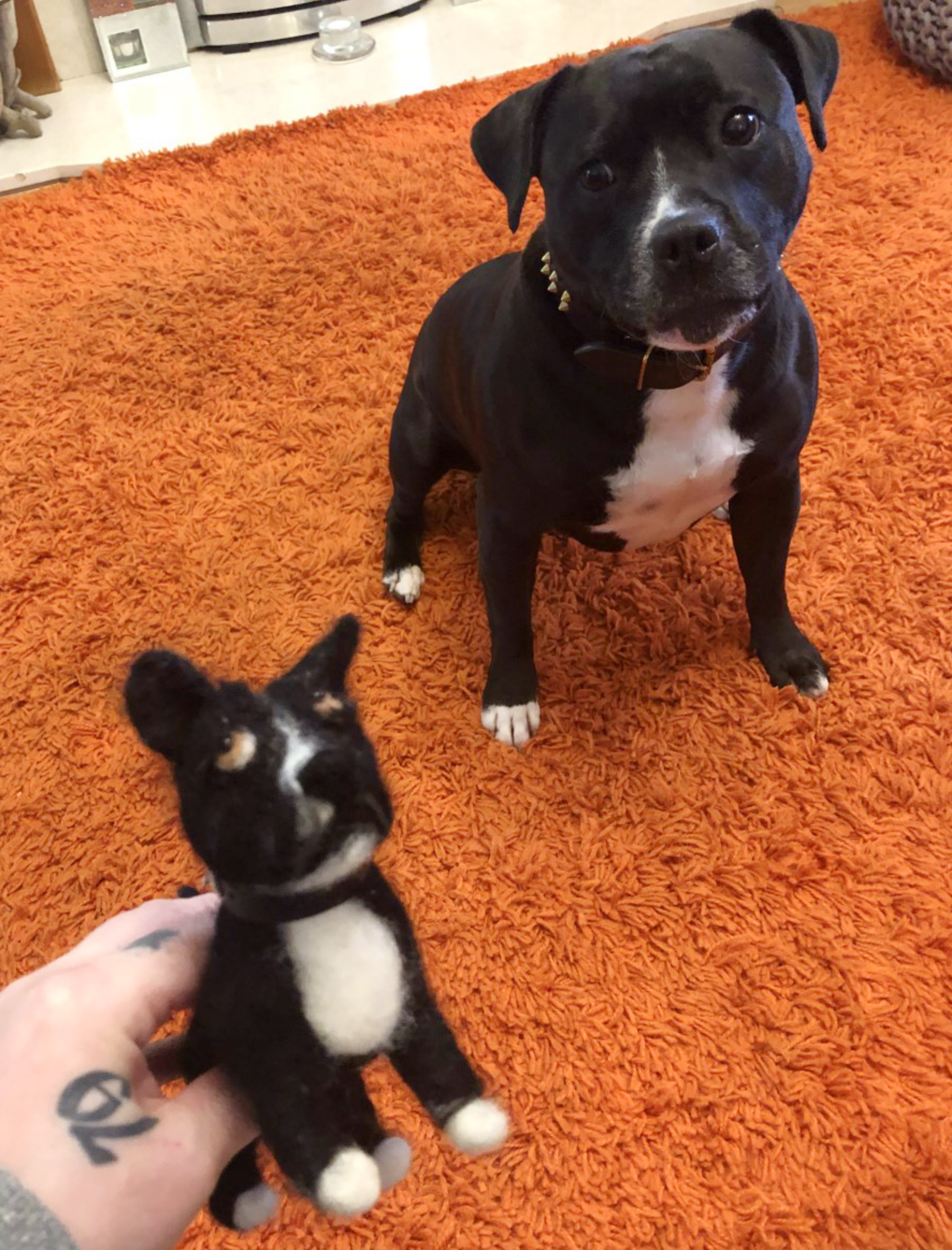 Unsurprisingly, Missy isn't too fond of her new toy and Emma has actively had to keep her away from it.

She added: "I've had to keep Missy away from it because she doesn't like it, I've had to move it high up on the shelf because she keeps trying to attack it.

On the bright side, Emma's toy is as good an ice-breaker as any.

"It's a great conversation starter. Everybody saw the funny side of it and it was that brilliant, I said 'I'm keeping it'," she continued.

"When people come over now it's always the topic of conversation, all the kids want to play with it and everybody laughs when they see it.

"I was going to get one of Bailey [their other dog] too, but when this one came, I didn't want to spend another £35."

For more funny stories, this girl who had epic meltdown over Nando’s and McDonald’s closing cheered up by ice cream & pizza delivery to help her cope.

And this woman got trapped on spa fire escape naked after going through wrong door – then had to walk along street to get back in.

Plus this devoted gran makes granddaughter Little Mermaid cake for her birthday – but people think it looks more like GOLLUM.