Dressing up, going out, and tearing up the town with a clique is an experience that many long for—a pastime that has become fabled, if forgotten, in this era of lockdowns and social distancing. Here to offer a reminder and glimmer of hope for fun-filled nights that don’t involve just Netflix and chilling is Virginie Viard. For the fall 2021 season, Chanel’s artistic director presented a mini film, lensed by Inez Van Lamsweerde and Vinoodh Matadin, which began with models walking one by one on the Rue Princesse in Paris toward Castel, an intimate nightclub, where they steadily dressed themselves before strutting down a glittering catwalk in inspired pieces. 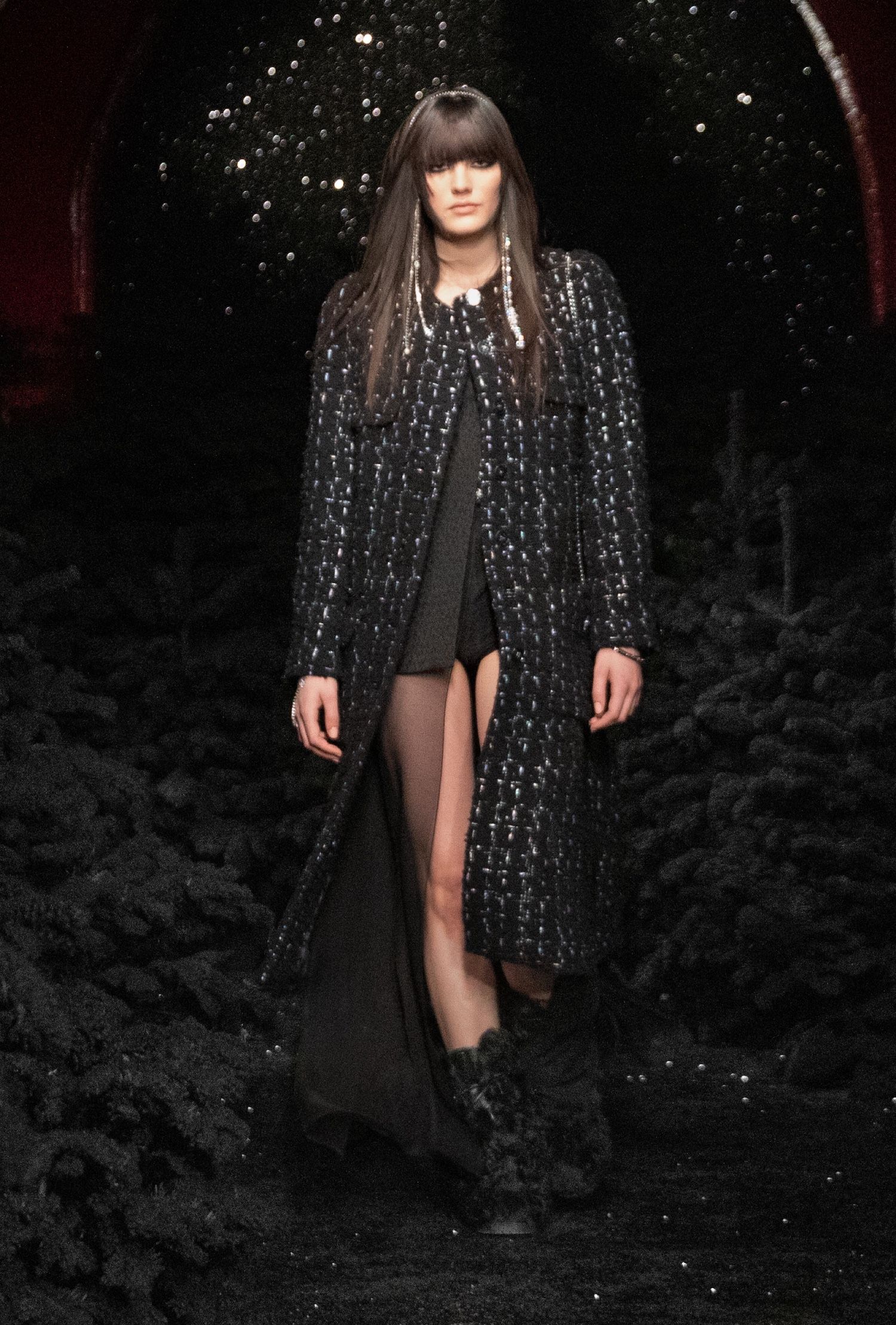 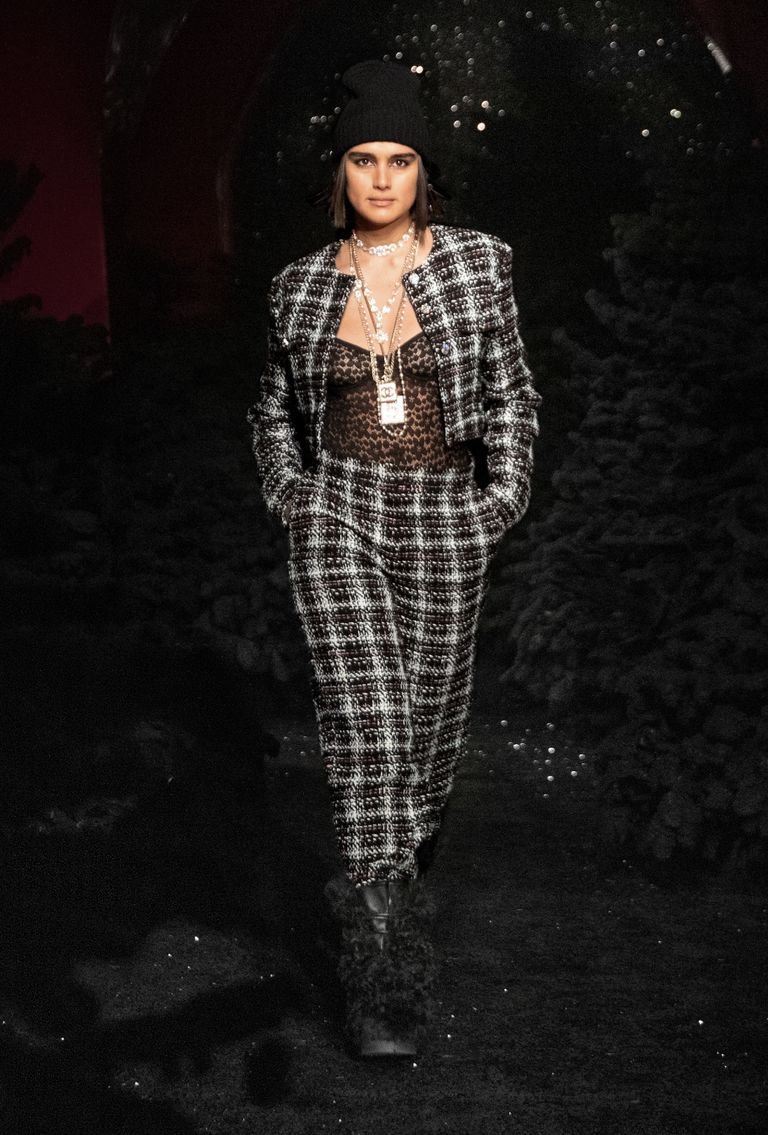 “I don’t know if this is because of the times we live in, but I wanted something warm, lively,” Viard expressed in the show notes. “I imagined the models doing a show for themselves, going from room to room, crossing each other in staircases, piling their coats up in the cloakroom and going up to the next floor to get changed.”

On display was a party—a Chanel party—which invariably means a vibe that crosses borders and time periods (Chanel is for all, if you can afford it). The decade of disco served as the starting point for Viard, particularly the styles worn at dance halls: jumpsuits, mirror ball-esque slips, and a gold lamé trench. She then infused Nordic elements—the intarsia knits, shearling vests, and chunky fur boots that are de rigueur at chic chalets in the Swiss Alps—into the lineup. “This collection is a mix of two influences: the ambiance of ski holidays, which I adore, and a certain idea of cool Parisian chic, from the 1970s to now,” she explained. 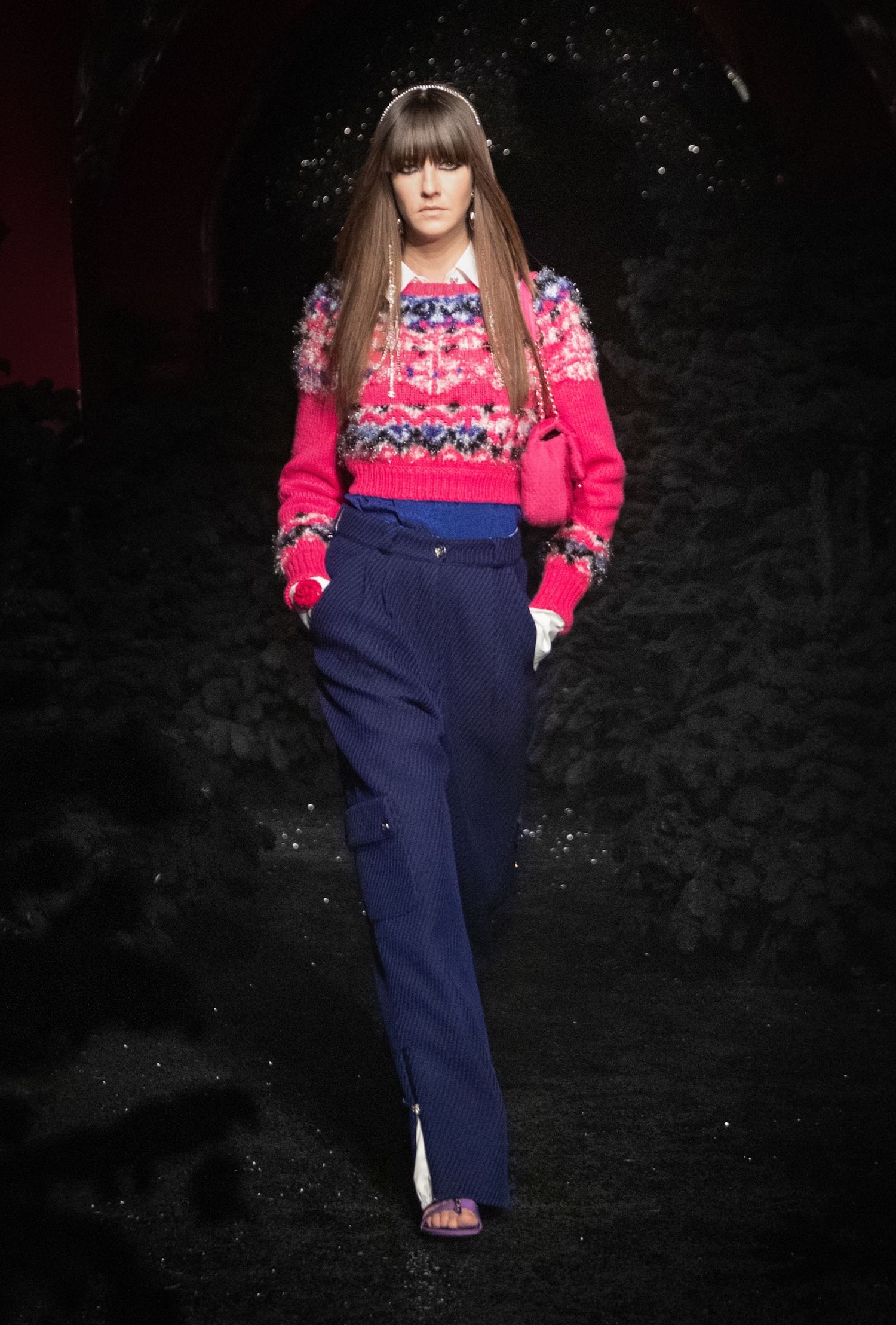 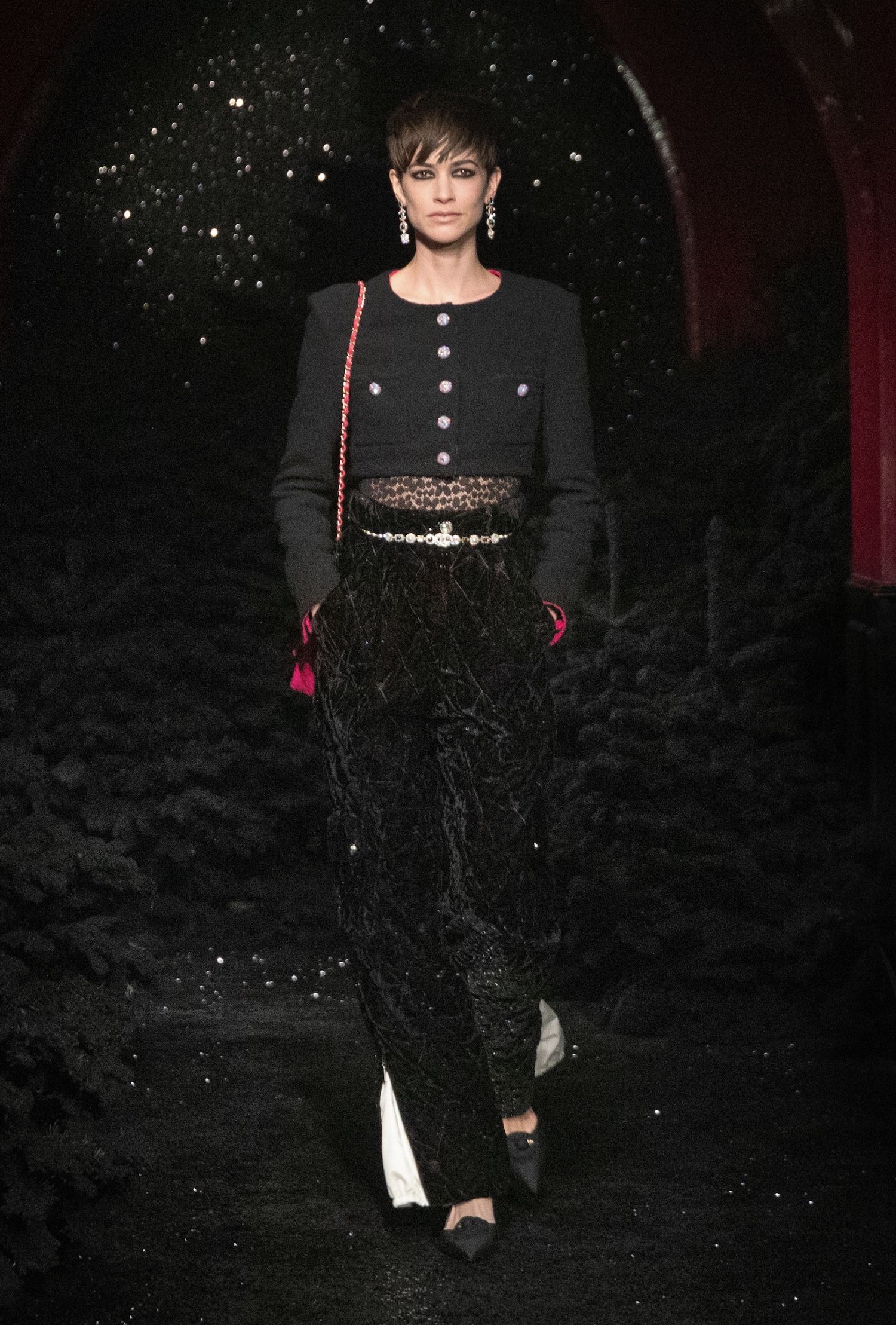 The codes of the maison remained strong under Viard’s leadership: bouclé coats, interlocking C’s, and the prevalence of the number five (a reference to the brand’s signature fragrance)—but her tenure also brought a newfound freshness. The silhouette of trousers were looser. There was more of a mix of fabrics (think a lace bodysuit under tweed separates), the styling had a streetwise edge (to wit: Chanel beanies), and crop tops were solidified as perennial. There was an effortlessness, a throw-on-and-go attitude that permeated throughout Viard’s designs. These are the looks for girls who don’t care about making a statement, but do so anyway. They are lively and free-spirited, and, of course, they like to party. 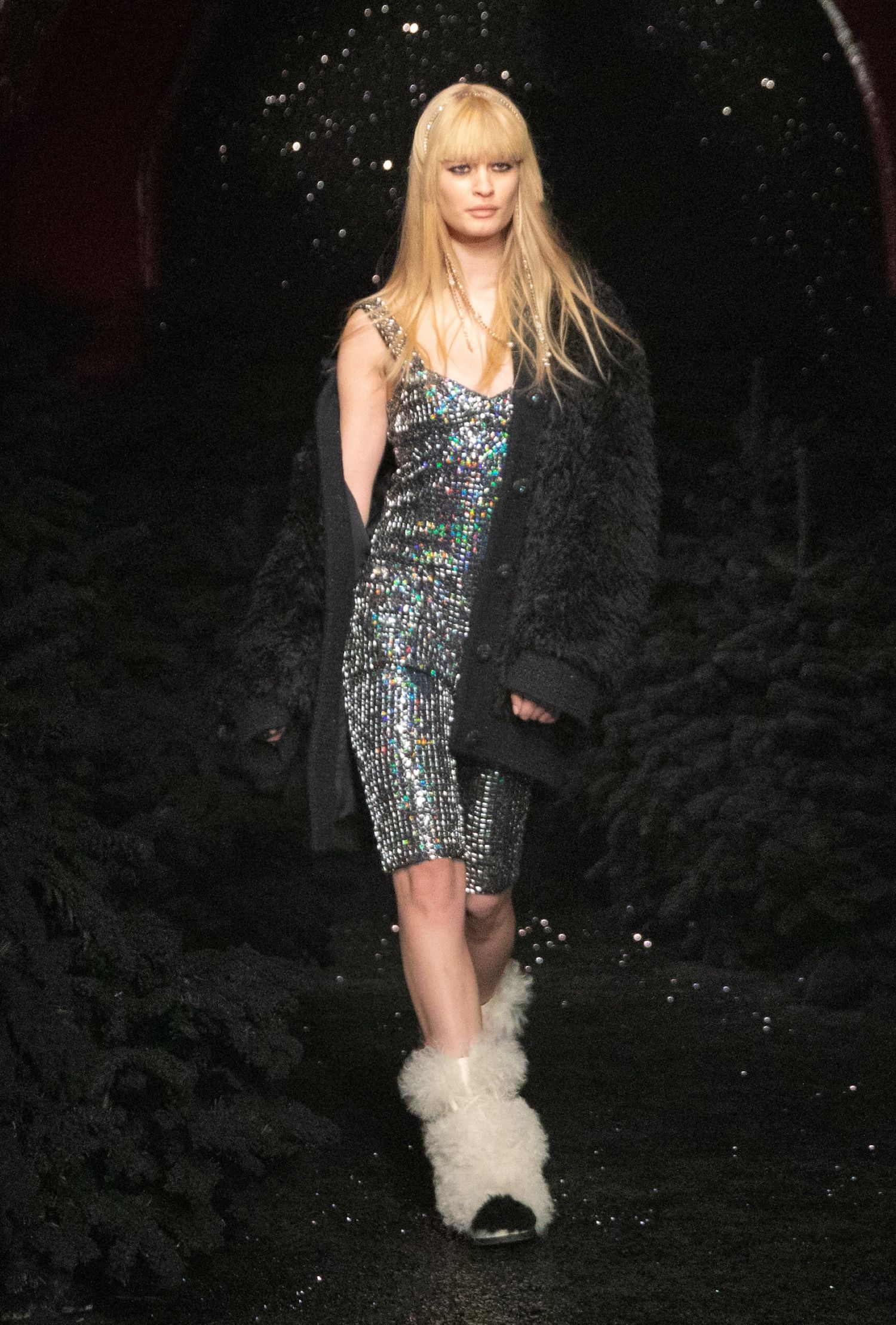 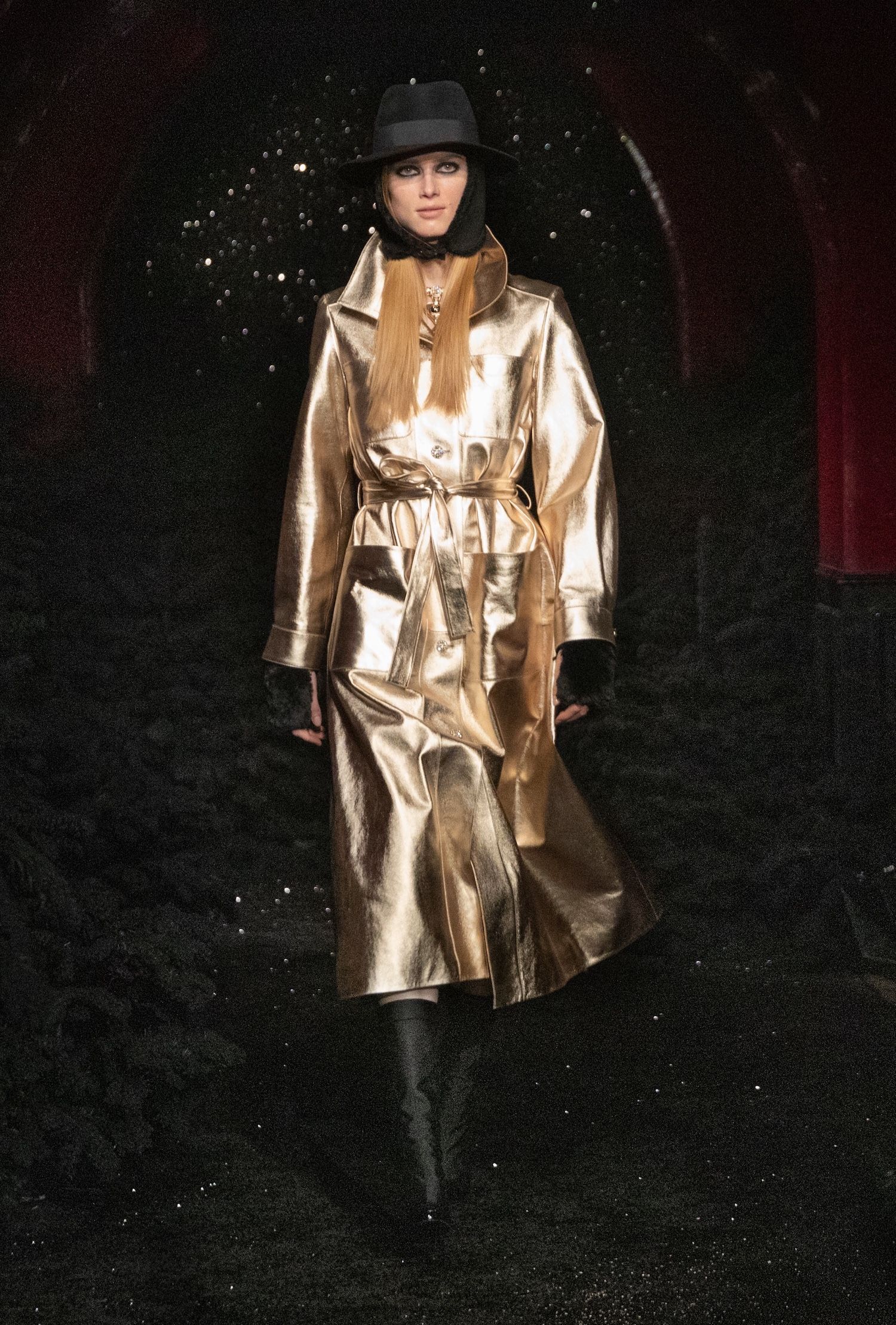