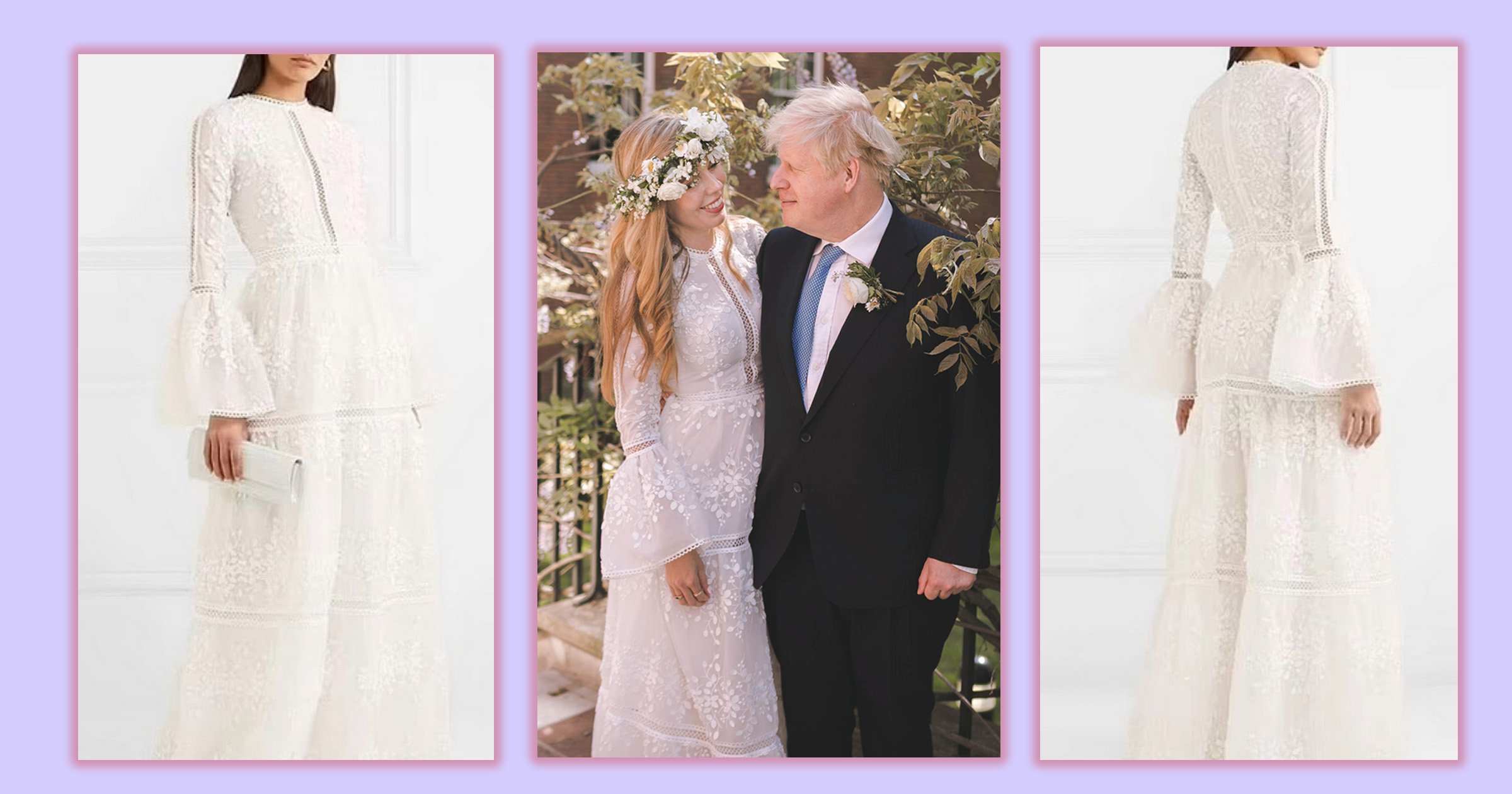 Prime Minister Boris Johnson and his partner Carrie Symonds married in a secret ceremony with just 30 close family and friends this weekend.

Today, the couple released a picture giving the world a little insight into what the intimate ceremony was like.

Designed by Greek-based luxury designer Christos Costarellos, the dress was available on Net-A-Porter, but is currently sold out in all sizes.

It is also listed on Modesens for £2870, but is again, completely sold out.

Released as part of an exclusive bridal collection, the garment is made with ivory tulle spun with silk and described as for the woman who’s ‘not afraid to shine’.

Like many of Costarellos designs, it features traditional Greek patterns and ‘Kopaneli’ corded lace appliqués.

Carrie teamed the dress with a flower garland, including Lily of the valley, daisies and white roses, for a boho feel.

Her hair was loosely curled and she kept her makeup minimal.

The groom, meanwhile, wore a dark suit with a blue tie.

They tied the knot at Westminster Cathedral yesterday afternoon, with restricted numbers due to current Covid rules.

A spokesperson confirmed they plan to throw a larger celebration with friends and family next summer.

The couple announced their engagement last year, and their first child together, named Wilfred, was born in April 2020.

The Prime Minister has been married twice before – he divorced Allergra Moyston-Owen in 1993, and his divorce to Marina Wheeler was finalised last year.

Yesterday’s ceremony means he is the first serving Prime Minister to get married in office since Lord Liverpool married Mary Chester in 1822.

Carrie now plans to take her husband’s name and will be known as Carrie Johnson.