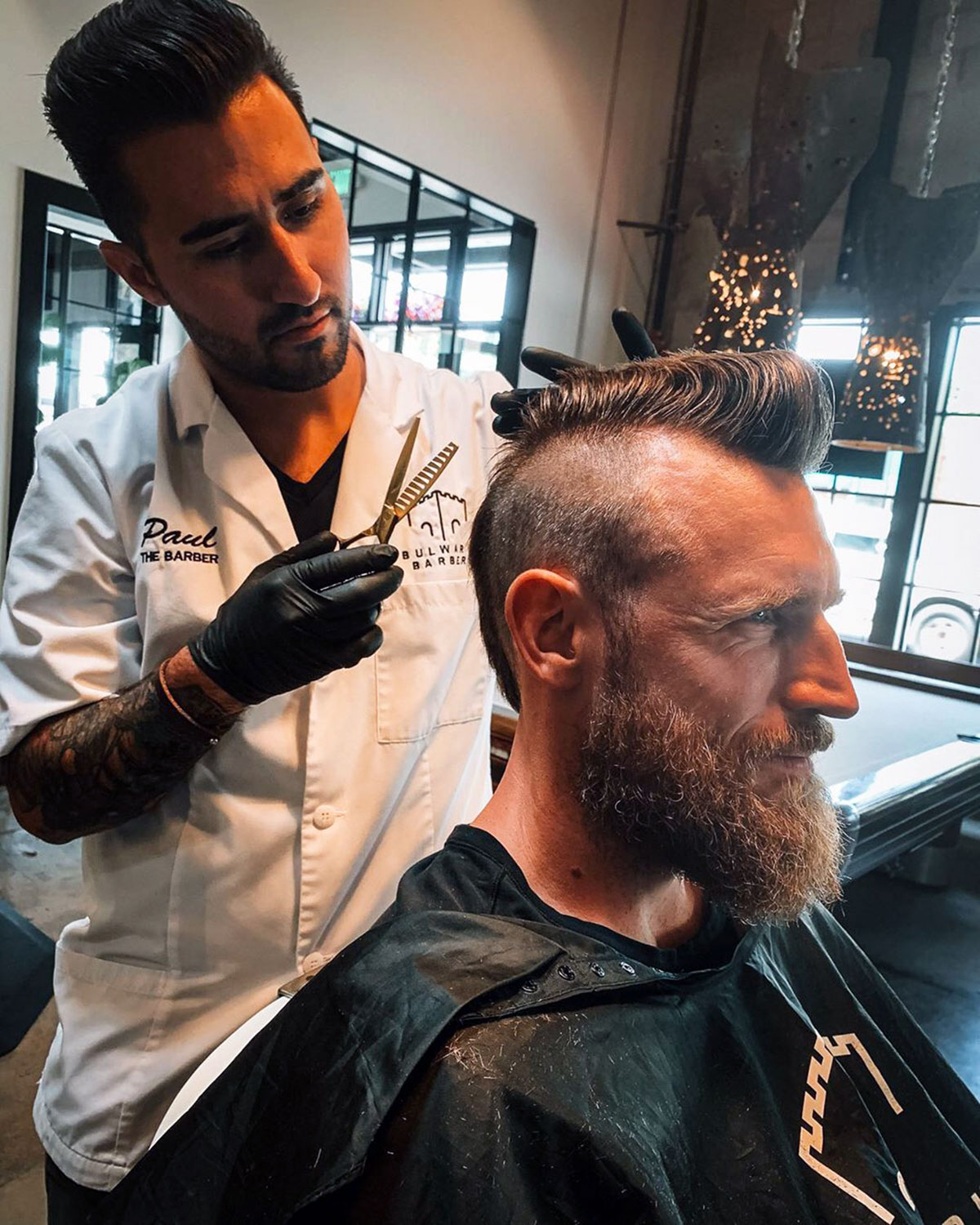 Brooks Laich is opening up about his new “straight up savage”  mohawk haircut.

During the latest episode of his podcast “How Men Think” titled “How Men Haircut,” the hockey player revealed that he actually went back to his barber to get an even more “aggressive” look after initially trying something less drastic than what we all saw.

“I went to a buddy of mine up here in Idaho who’s a barber, stylist, just an artist,” Laich explained on the podcast. “And I went to him last week and said ‘I want to do a mohawk but I don’t know how aggressive I want to go.’ So he kinda did one that was just a little bit of a mohawk and I got home and I’m like, ‘Nah — anything worth doing is worth overdoing.’ So I went back to him today and I was like ‘Paul, let’s go savage, let’s go straight mohawk.’”

For a little refresh, on Friday, June 12, the 36-year-old took to his Instagram to showcase his bold mohawk, a look he later said in the podcast he hasn’t rocked since he was 19-years-old. But with the summer coming, he said he was looking to switch up his look with something “fun and playful.”

The NHL pro also notes that he left his beard long, which he refers to as a Viking look. But of course, he isn’t the only one to compare his new style to the hit TV show. His ex Julianne Hough also commented on the athlete’s Instagram on Friday, writing, “Viking Status.”

It was just a little over a year ago the couple announced that they were calling it quits after two years of marriage. “We have lovingly and carefully taken the time we have needed to arrive at our decision to separate,” they said in a joint statement. “We share an abundance of love and respect for one another and will continue to lead with our hearts from that place. We kindly request your compassion and respect for our privacy moving forward.”