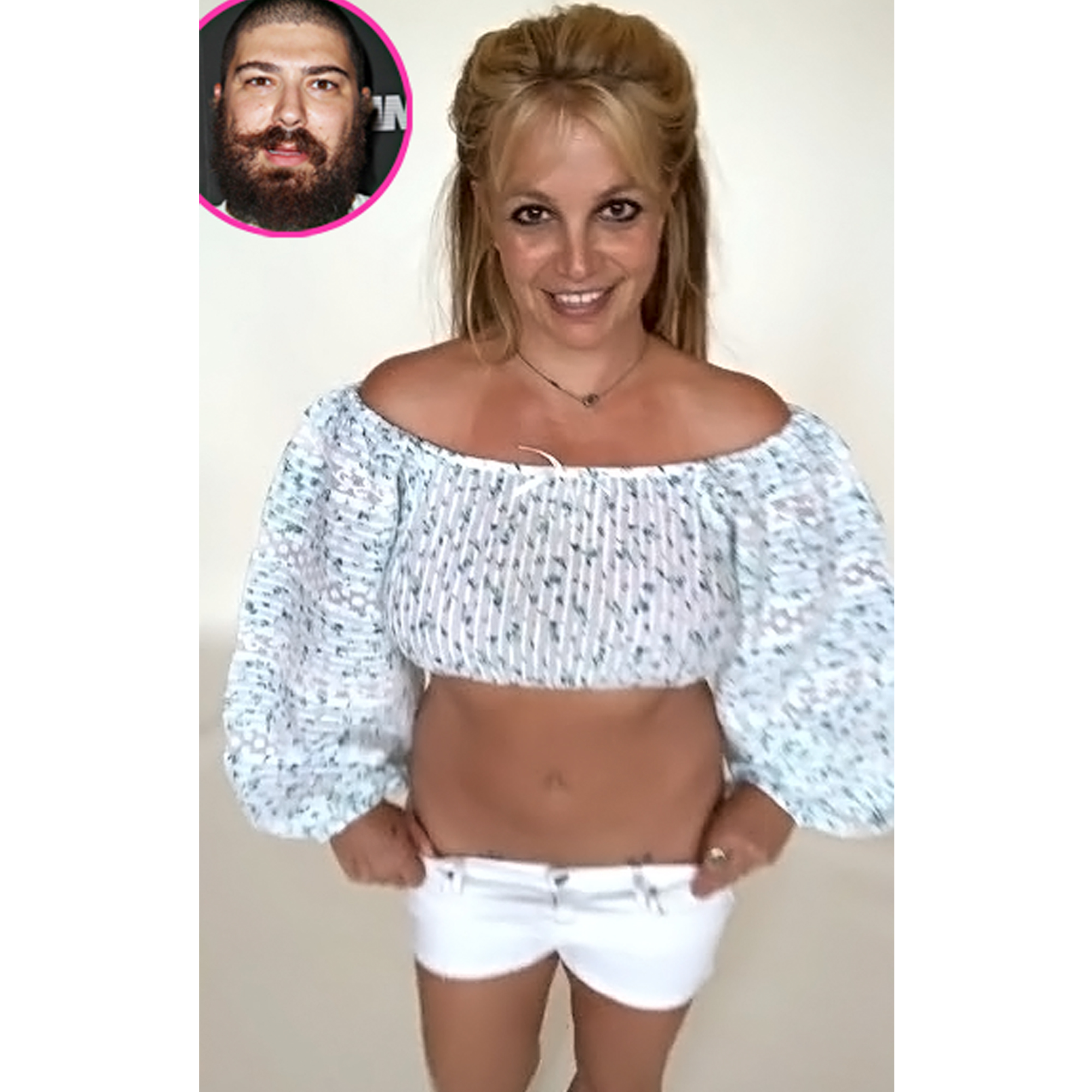 Too funny! Britney Spears is defending her extensive peasant blouse collection and we love it.

On Thursday, August 13, the 38-year-old took to Instagram to send a message to Josh Ostrovsky, or as he’s more commonly known, The Fat Jewish.

“This little clip is a message for @thefatjewish 😳😂🤷‍♀️😂 …. yes I do own a peasant midriff top for every day of the week,” she wrote in the caption. In the accompanying video, the pop star models a cropped off-the-shoulder blouse with a blue floral print and a pair of itty bitty white shorts. After all, it has become her signature look on social media!

Stars flocked to the comments. “Hahahha wow, what an honor to be called out by B,” Bachelor Nation’s Kaitlyn Bristowe wrote. Vanessa Hudgens also chimed in, writing, “cutie.”

There’s no sign of Ostrovsky teasing the “Baby One More Time” singer, so it’s hard to say exactly what he said or meant. However, Ostrovsky has often expressed his admiration for Spears over the years. “I don’t really [care] so much about celebrity stuff … but Britney I care a lot about,” he told Bravo back in 2017. “She gave me tickets to the show and I was just like freaking out and fanboying so hard.” And in 2015, he joined Spears on stage during a Vegas performance. So who knows, maybe the joke was just between the two of them! Either way, we’re happy to be involved now.

The Princess of Pop has been all about the jokes on Instagram lately. On Thursday, August 6, she shared a snap of the Stauffer Family twins rocking a recreation of Justin Timberlake‘s and her matching denim look from the 2001 American Music Awards. “I guess my denim was a hit years ago 🤷‍♀️🤷‍♀️🦄🦄😂😂😂 !!!” she wrote in the accompanying caption.