Brielle Biermann insists that she wasn’t wearing makeup in one of her latest Instagram mirror selfies, but not everyone’s convinced that’s what she looks like au naturel.

Stars Without Makeup: See Stars Going Makeup-Free and Loving It!

The 23-year-old Don’t Be Tardy star posted the photo in question on Tuesday, May 26. For the pic, she wore a skimpy pale pink spaghetti strap tank top and styled her hair in a casual bun with loose pieces framing her face. 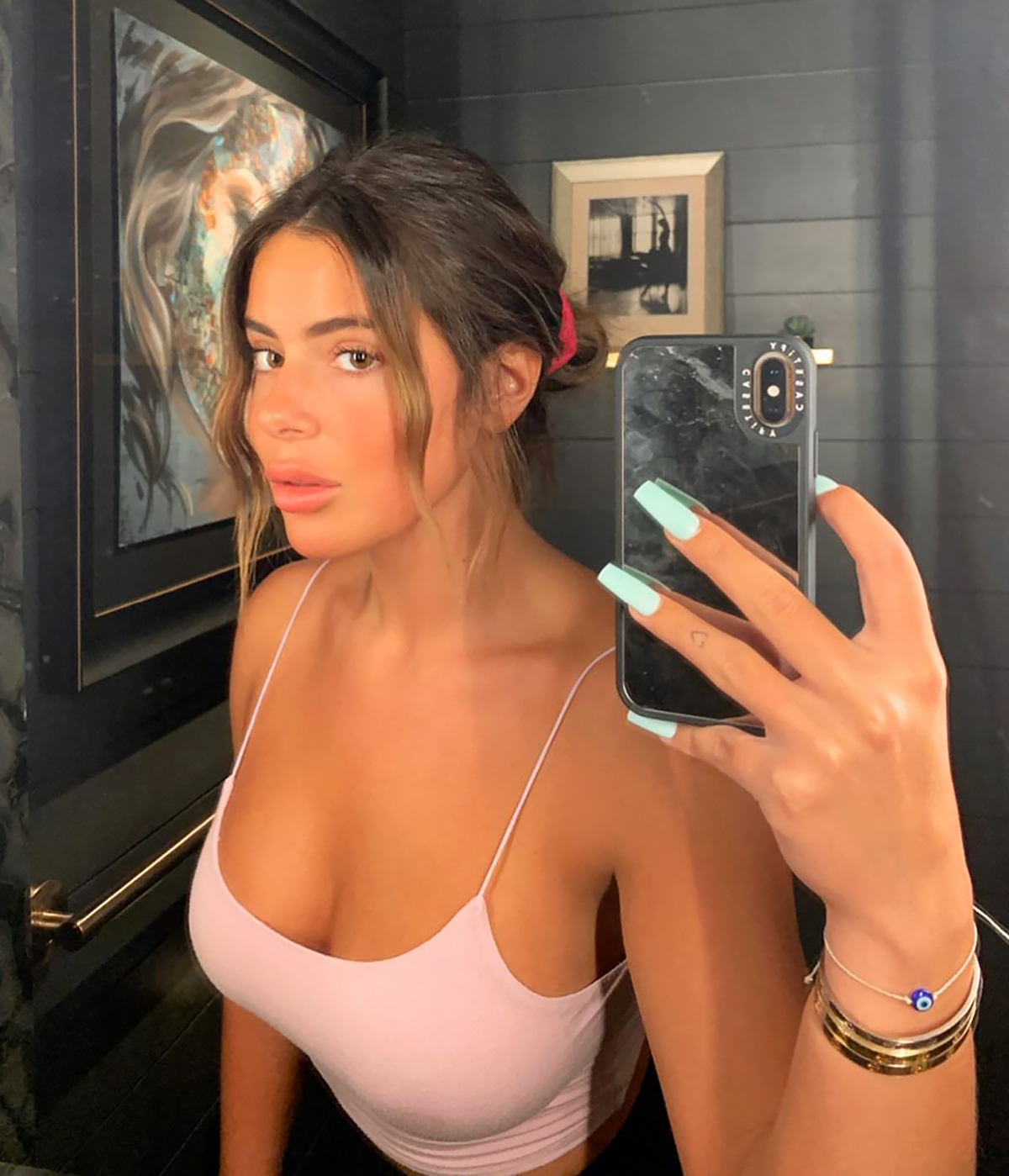 But the main focus of the photo is the Atlanta resident’s flawless complexion, flushed cheeks and long, defined lashes. She curiously captioned the pic, “No hair extensions no makeup just chillin😎💕🌸.”

So when Daily Mail published an article that stated the star is, in fact, wearing makeup, Biermann took to her Instagram Story to refute those claims.

She took a screenshot of the article and wrote a text overlay over it that read, “Hahahha what the f–k. Why would I lie about not having makeup on..?”

The KAB Cosmetics cofounder continued, “Lmao I’m allergic to eyelash extensions so I don’t get them. I literally came from the pool to the spa … if you don’t see me with a full face of makeup I’m not wearing any.”

According to her explanation, the reason why her lashes look so good is because she applies just “a LIL swish of mascara on every day.”

Whether she was wearing makeup or not, Biermann’s fans — and family! — were obsessed with the casual look. “Natural beauty 😍😍,” mom Kim Zolciak commented. “And still beautiful as ever,” wrote a fan.

During the COVID-19 outbreak, Biermann told an Instagram follower that she ditched her hair extensions to give her locks a break while she’s in quarantine.

She also visited her dermatologist, Dr. Doan, to get her lip filler dissolved again in the beginning of May. She previously had them dissolved at the end of January, before getting them re-injected to subtly reshape her pout.

“I’m over the big lips,” she told Us Weekly exclusively. “I went through it. I’m done looking like that.”