A YOUNG woman battling coronavirus was told by a 111 operator she was 'suffering from a panic attack' – only to subsequently be ventilated and put in a coma for two weeks.

Full time mum Sarah Wood, 34, has been in her local hospital in Darlington, County Durham, for three weeks. 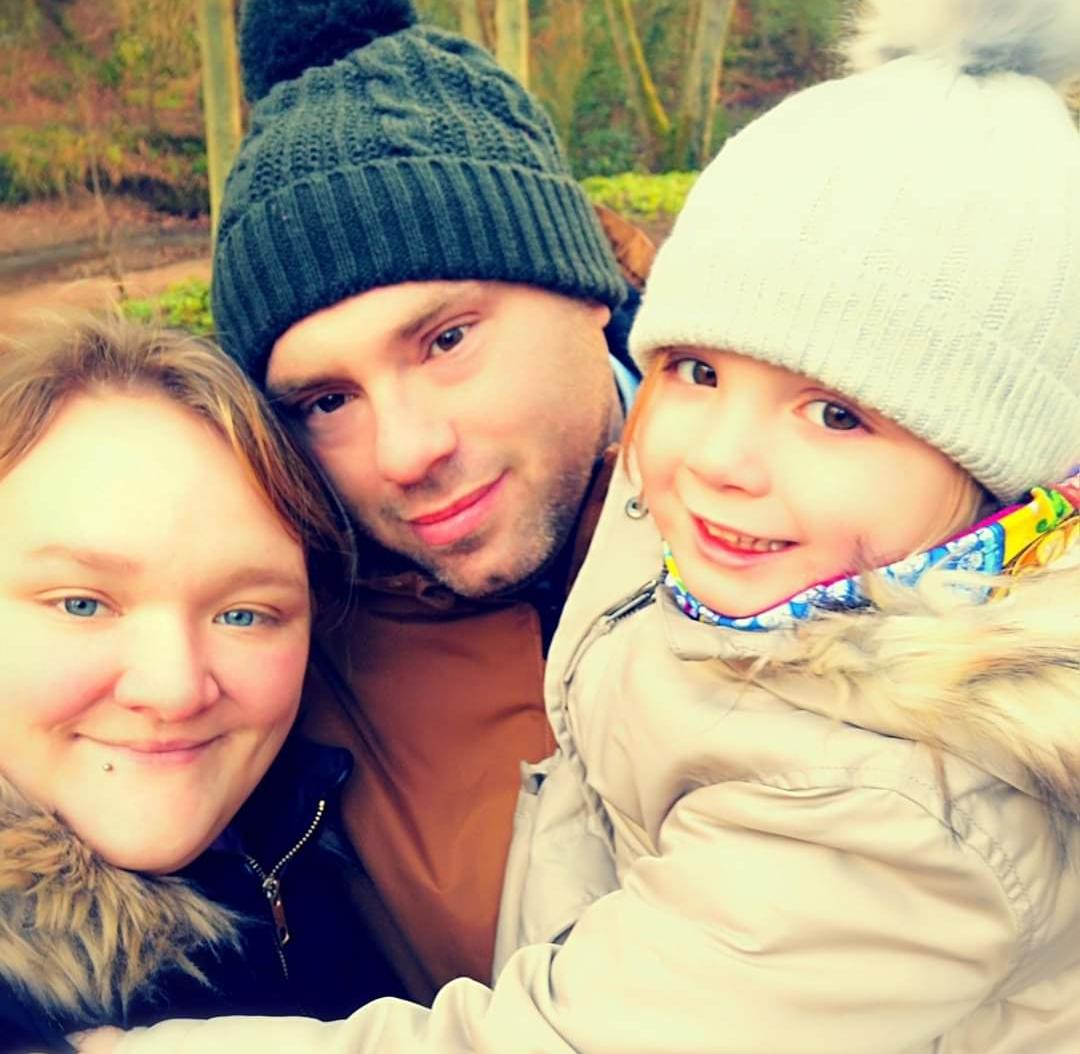 Ahead of being admitted Sarah and long-term boyfriend Chris called the NHS non-emergency helpline three times including once on the day she was admitted and once the day before.

On the day Sarah was admitted to hospital, 111 called an ambulance. But the previous day she was told it was probably anxiety, she said.

Now the North East Ambulance Service has launched an investigation into what happened.

"The ambulance driver phoned and did an assessment over the phone and said it was likely a panic attack," Sarah explained. "It was because I couldn't catch my breath – but that was because of coronavirus." 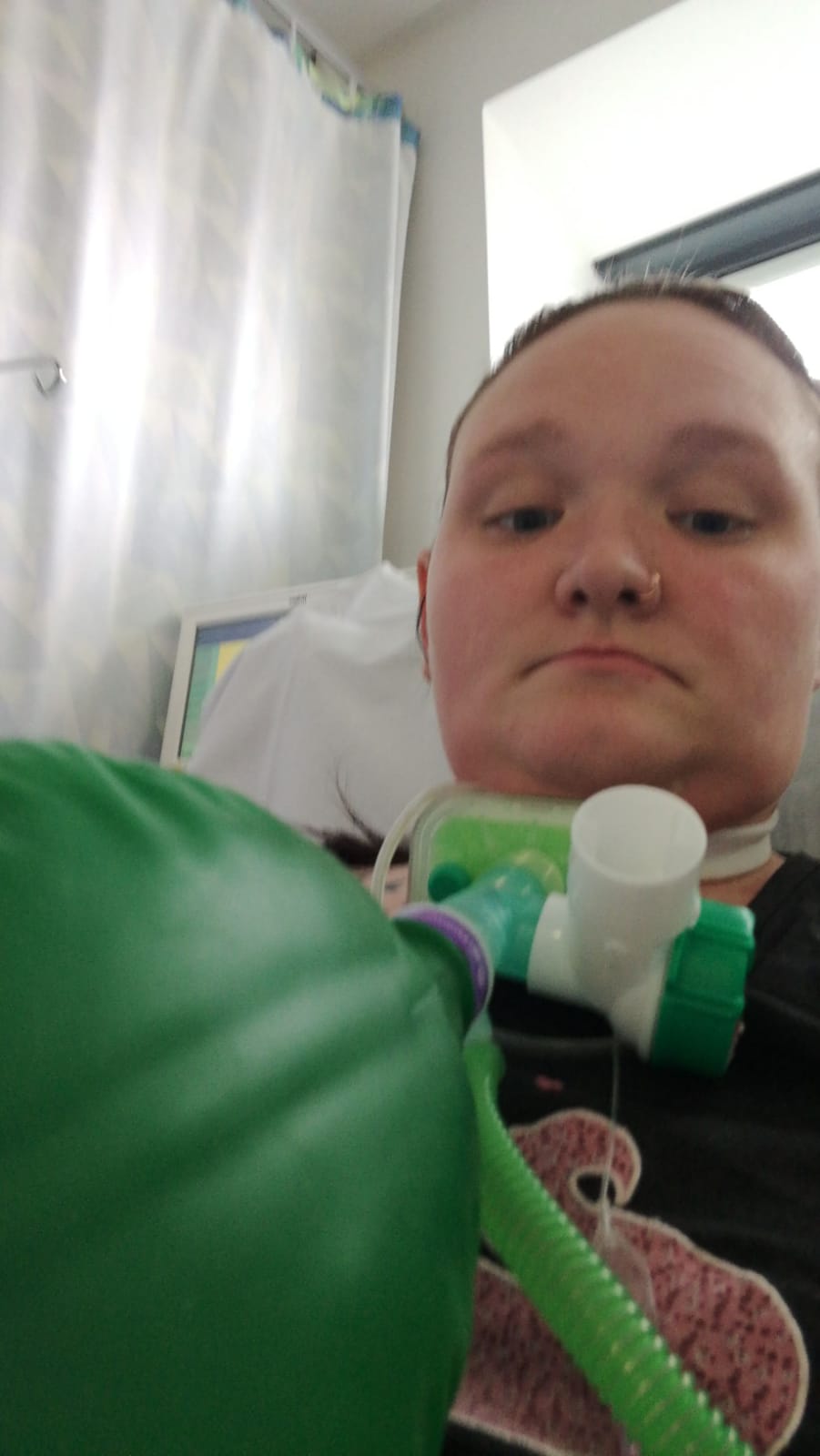 Chris added: "We called 111 and told them Sarah's symptoms a number of times. We called them Tuesday, Thursday and Friday.

"On Friday she was admitted to hospital and the 111 operator called for an emergency ambulance.

"But on the Thursday they advised it was a panic attack and they would have to speak to Sarah over the phone to 'calm her down'.

"We now know it was coronavirus. A day later she was swabbed, ventilated and put in a coma."

Sarah, who is full of praise for the doctors who saved her life in hospital, told Fabulous how she woke a week into her hospital stay when doctors tried to remove her ventilator.

It went awfully wrong and she started violently gasping for breath and choking for oxygen.

It turned out she wasn't ready, forcing them to immediately reinsert it.

Thankfully, Sarah is now off the ventilator for a second time – and this time she is much better and due to be discharged today.

Recalling the horrific moment she woke, not realising she had been unconscious for more than a week, Sarah told Fabulous: "I was on my own and I couldn't breathe.

"I was suddenly awake and the next thing I remember was having an oxygen pod put over my head.

"I thought I would die. I remember waking up and thinking, 'What is going on?'

"I thought I would leave my little girl without a mummy.”

Sarah told how she started “hallucinating” and full of fear as medics spoke around her.

“I could hear people talking but wasn’t sure what was happening,” she said.

Sarah's horrific ordeal occurred on April 3 – a week after she was admitted to Darlington Memorial Hospital on March 27. 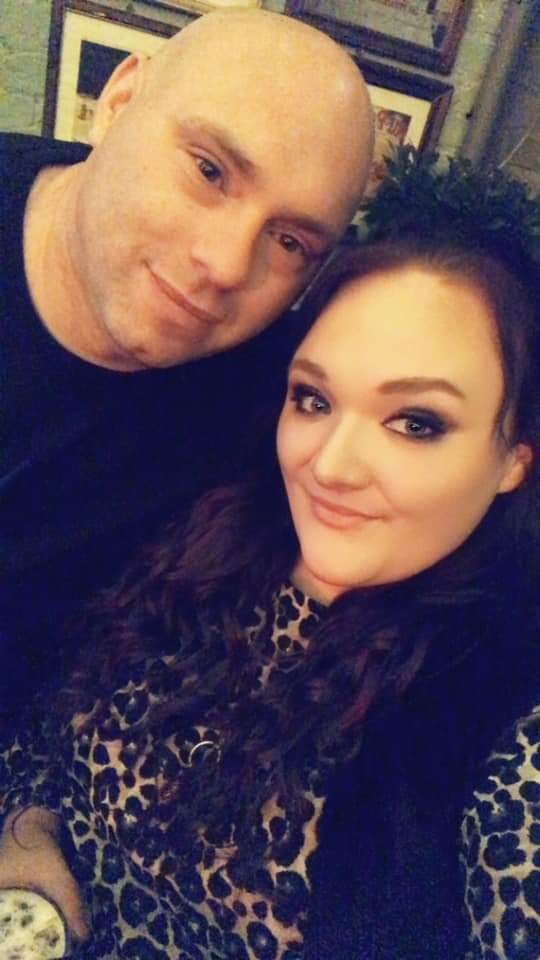 Arriving at the hospital, after around four days of suffering from symptoms of coronavirus including vomiting, coughing and a headache, she was horrified when doctors told her she was so ill she would need to be immediately ventilated and put in a coma.

She was without her partner of six years, football coach Chris McCurdy, who was told he wasn’t allowed in an ambulance with her because of government restrictions.

As Chris waited frantically at home with their daughter Amber, she desperately texted him, telling him “They’re putting me to sleep Chris. I’m scared.” 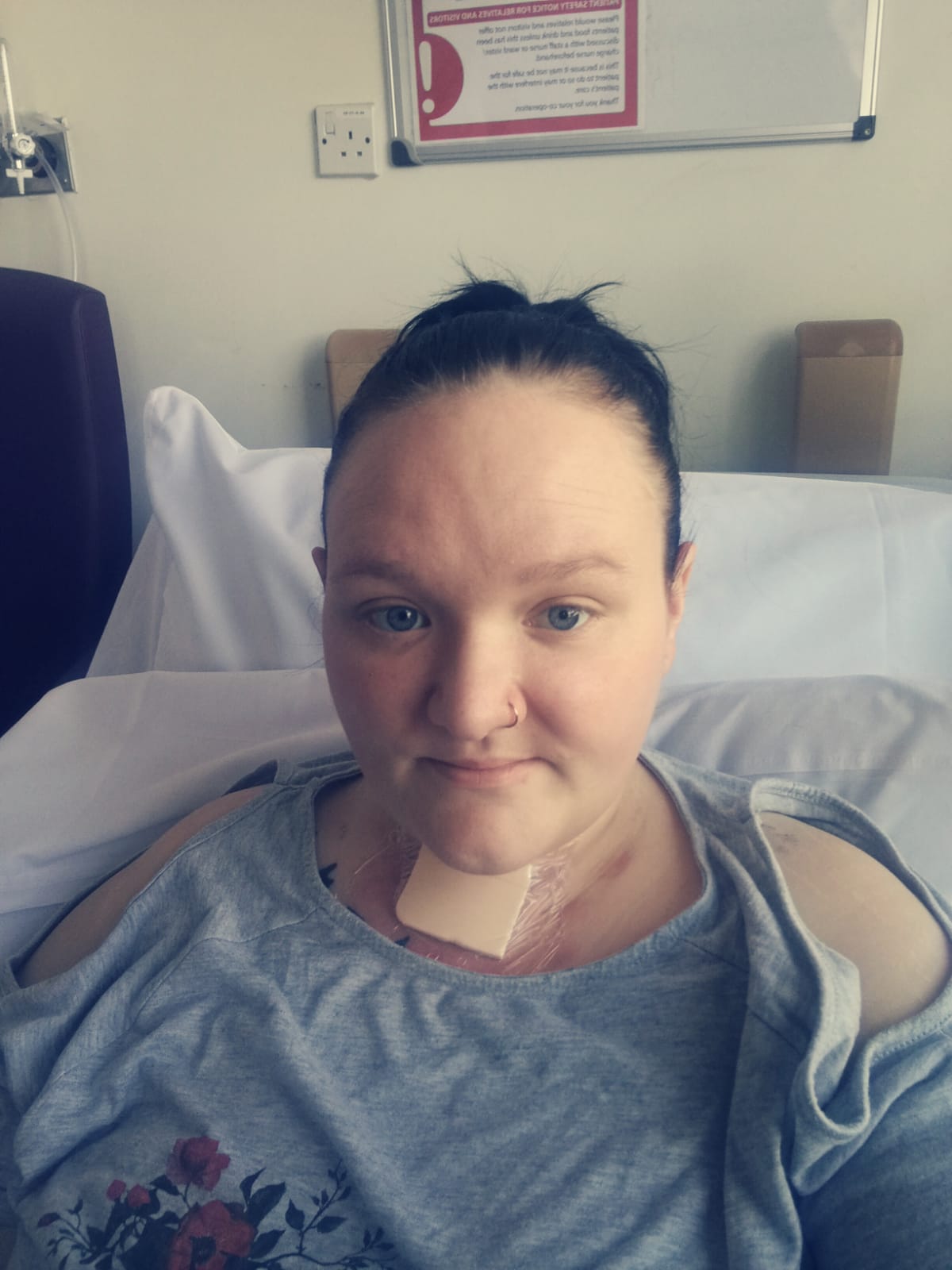 “They sent me to intensive care straight away,” she said from her hospital bed. “The rest is a blur.

But – after being moved from intensive care to a normal ward on Tuesday – she got a round of applause from the NHS heroes who treated her. “They gave me an ovation,” she laughed.

“They’re amazing. People on the ward have died and they have just been brilliant; carrying on anyway.”

I was suddenly awake and the next thing I remember was having an oxygen pod put over my head. I was saying, 'I can't breathe, I can't breathe.'

“We went out on March 15 for drinks and I felt ill on the Monday after that,” he explained.

“I was ill for the whole week. I had headaches, aches and pains. Nothing major but I took paracetamol to feel better and self-isolated.

“Then, on Sunday, March 22, Sarah got a really bad headache. She said her head was pounding, her eyes were aching and she couldn't look at sunlight.

“She then started getting a weird, barky cough. We gave her paracetamol and on Tuesday, March 24, we called 111 who said it was viral and possibly covid.” 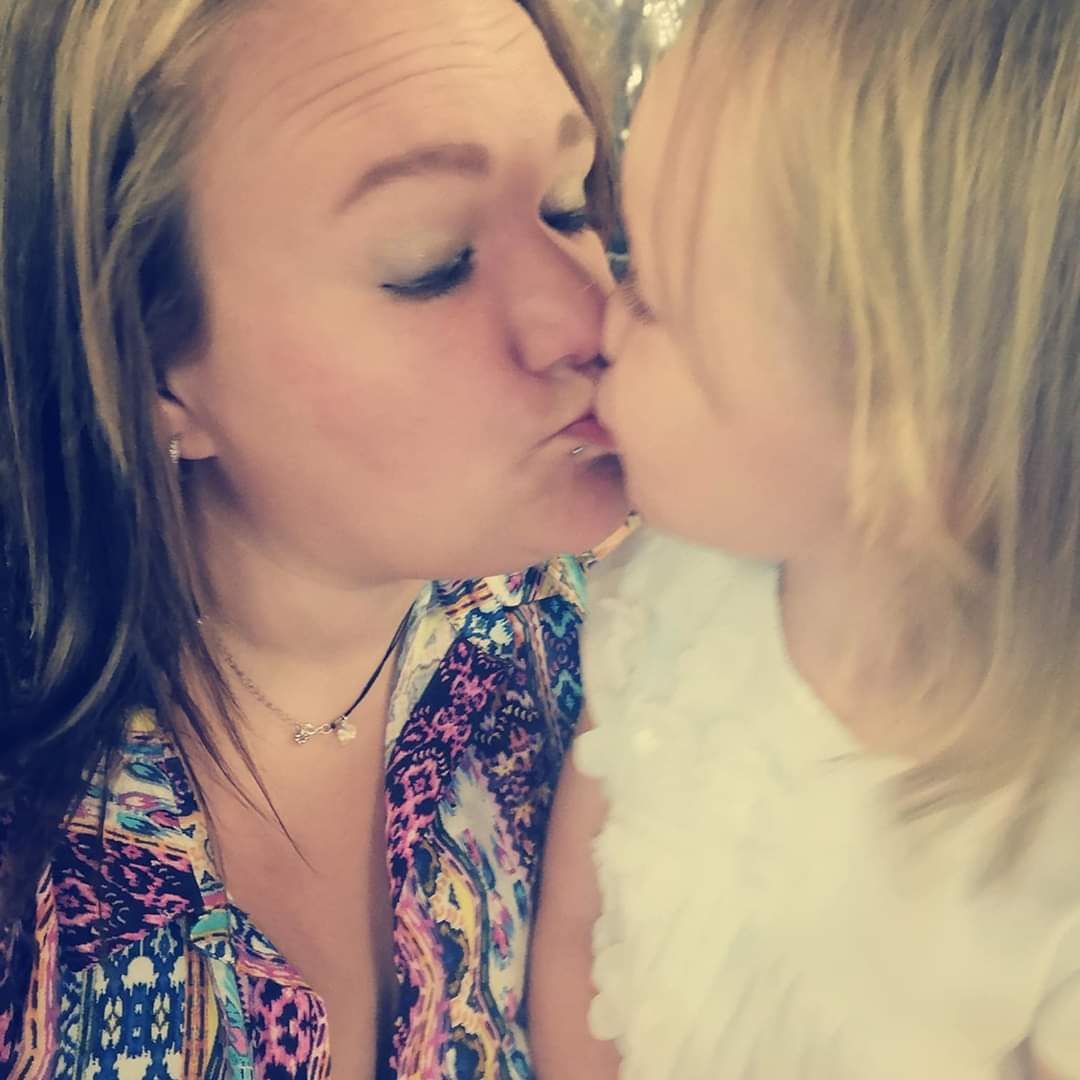 “She went to bed and started vomiting that day and didn't stop,” Chris said.

“She was taking paracetamol and drinking water but was getting more and more ill. On Thursday we called again and that was when we were told an ambulance would be sent but we instead had an over-the-phone assessment.

By Friday she was sick all day. Her lips were trembling, she would be sick, settle down, be sick. It was like a yo-yo.” 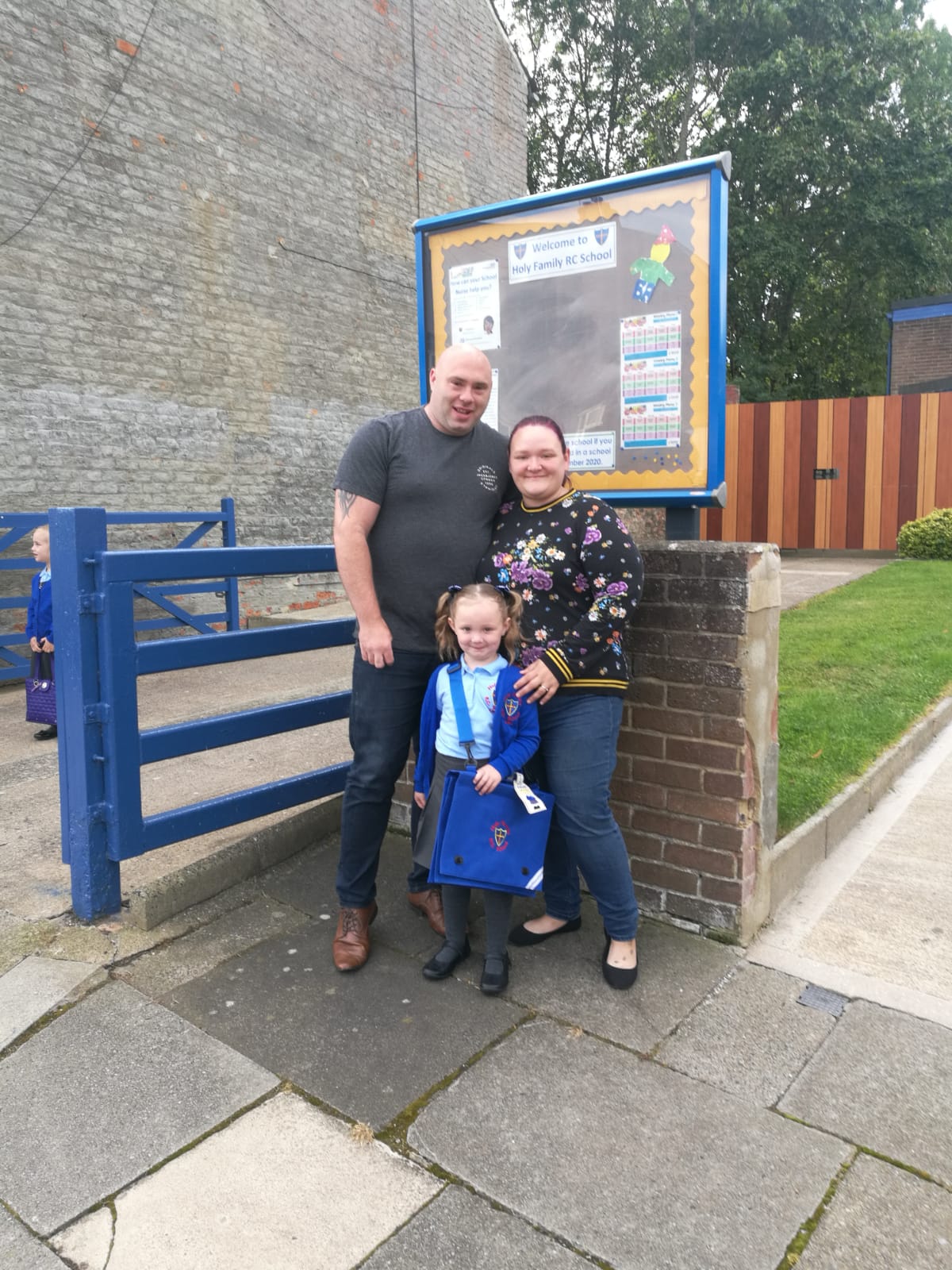 But it was while Chris was on hold to 111 on March 27 things deteriorated. Sarah fell into unconsciousness and her eyes rolled to the back of her head.

“An ambulance was called and she was taken to hospital,” Chris said. “I was terrified. She came round in hospital but doctors said she was very ill with coronavirus. She has type two diabetes and that is an underlying condition which the government has warned can worsen the virus.

“While she was unconscious I was told that if she didn’t start to improve within four days, and her organs failed, it would be the doctors’ decision whether to keep her on the ventilator. 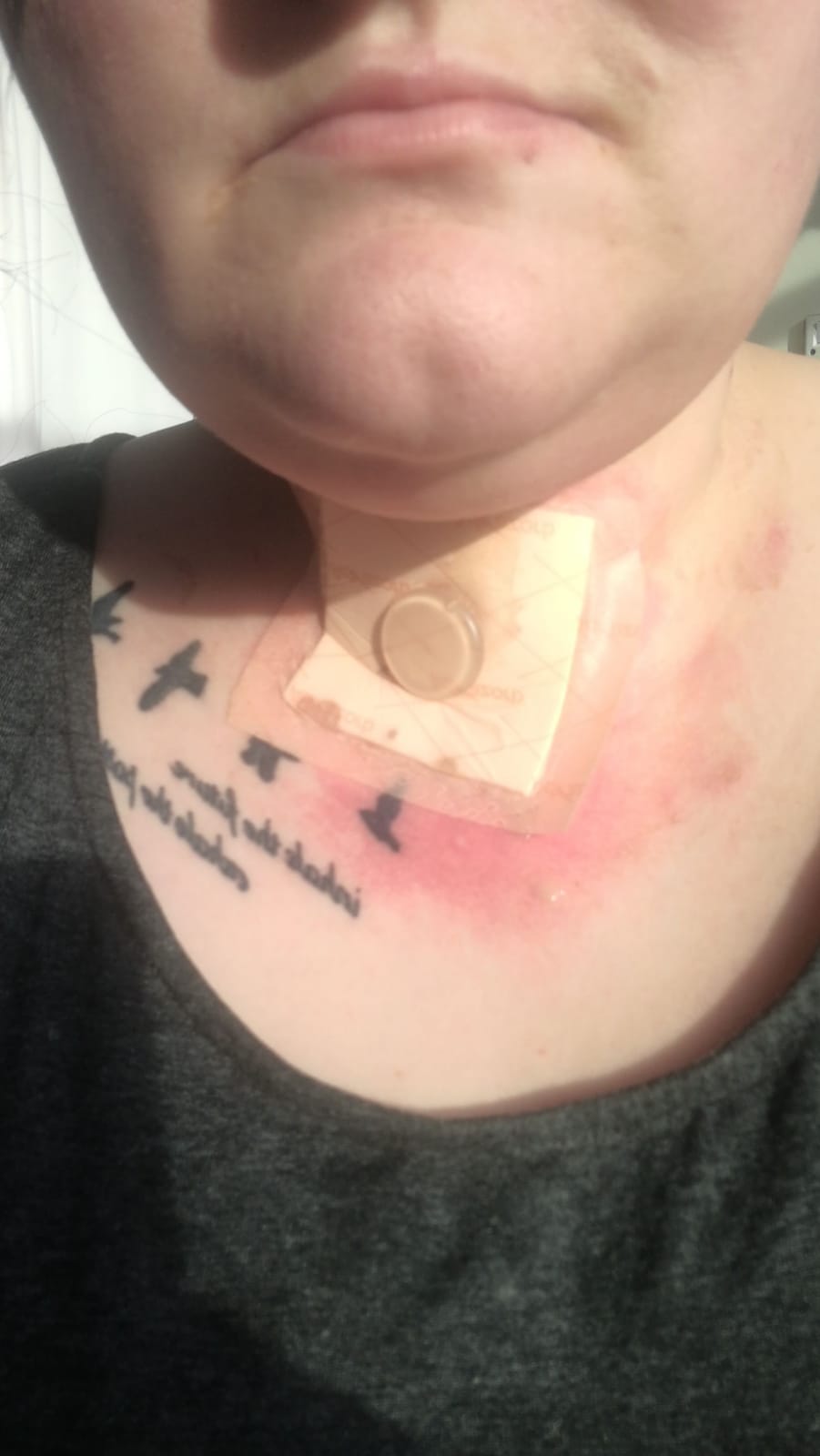 “It sounds hard but they were all really nice when they said it. They were very positive.”

Over the next few days she stabilised and became more responsive – until the ventilator pipe was removed from her throat.

“It became a horror show,” said Chris. “It was a sledgehammer blow to us all and I told Amber her mummy might not be coming home. It was the hardest thing I have ever done.”

However, after several days Sarah started to settle with help.

Then, on April 7, a new technique saw doctors create a tracheostomy, attach the ventilator and remove the pipe from her throat. A day later the ventilator was successfully removed.

Since then, thanks to antibiotics, she has been on the up and has regained consciousness.

“I’m so proud of her and Amber is delighted mum is coming home.

“But it is all thanks to the hospital.

“The staff were brilliant, she was really ill and now she will be home this evening. A week ago I thought we might be holding a funeral. They are wonderful.”

A North East Ambulance spokesman, discussing the panic attack comment, said: “This case is currently under investigation and it would be inappropriate to comment at this time. Any findings will be reported back directly to the patient.”

The family are raising money to the hospital which saved her life. Donate at GoFundMe.

Meanwhile, meet the mum who won't send her daughter back to school – even if she is allowed.

And this nurse held the hands of four dying patients in just one day.